Originally Published in The Northwestern 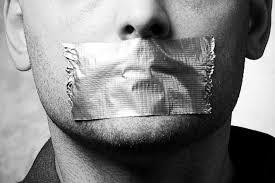 Imagine going on a 12-hour flight not knowing that one of your tweets has gone viral, and when you reach your destination, you find out you have lost your high-profile job because of it. This actually happened to a PR executive of the IAC Media Company who had tweeted a very casual, racist remark.

People not being careful of what they say and recognizing how it could affect others is becoming a big problem in our social media driven world. It can even be a New Year’s resolution that we can all make to be part of solving this problem.

The most recent misspoken debacle was of Justine Sacco, former PR executive of IAC Media Company, who tweeted, “Going to Africa. Hope I don’t get AIDS. Just kidding. I’m white!” But I am not surprised by it any more than I should be because it is just another glaring example of how many are using free speech irresponsibly.

This is not the end of a laundry list of examples that we can all think of and be embarrassed by the affect they have caused, case-in-point, Martin Bashir. He made a remark on live TV (MSNBC) that Sarah Palin’s suitable punishment would be to defecate in her mouth.

The more we use free speech as a precursor and justification for saying the next most provocative thing just to get attention, the less we are honoring its purpose.

In a retrospective analysis of free speech, the first amendment clearly says that Congress shall make no law hindering free speech. This is where the beauty lies because it puts the onus on us to be more responsible in using it. Our founding fathers were clear on this issue because their intention was to use free speech as a great tool to use against a tyrannical government.

James Madison on this issue states, “I believe there are more instances of the abridgment of the freedom of the people by gradual and silent encroachments of those in power than by violent and sudden usurpations.”

George Washington has stated, “If freedom of speech is taken away, then dumb and silent we may be led, like sheep to the slaughter.”

Finally, from the timeless sayings of Thomas Jefferson on freedom of speech, “All tyranny needs to gain a foothold is for people of good conscience to remain silent.”

I don’t believe this to be too difficult of a job as individual Americans because most of us abide by the rules of respectability anyways. For the most part, we do not blurt out prejudicial or judgmental statements to our colleagues at work, public arenas, and even with our families. The reason is because we innately project it on ourselves to see if we would appreciate similar hateful comments about us.

This issue is near and dear to my heart because as a Muslim-American I know the rhetoric that most Americans of my faith have faced since 9/11. The vitriol that has been used against Prophet Muhammad, the most revered individual in Islam, is by far the biggest example.

The irony for me here is that Prophet Muhammad is the same person who once responded to an inane comment made against his Jewish wife Safia, mocking how short she was. He equated the comment as a droplet of black ink that would make an ocean dark. He was basically saying that if you don’t have anything good to say, don’t say anything at all, because it will contaminate your character as a person.

Today we live in a world where what we say travels around the world in less time than it would take a 12-hour flight. So, let us begin the new year by being more careful and responsible in our right to free speech and not because we might get fired, but because we have a genuine respect for others.