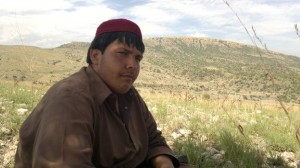 We’ve all heard the story of Pakistan’s most courageous teen—Aitzaz Hasan—who stopped a suicide bomber before he killed hundreds. Aitzaz could have run and saved his own life. He could have pretended it wasn’t his responsibility. He could have been selfish.

But instead Aitzaz gave his life to save countless more. And as a result, Pakistan and Muslims worldwide have heaped mountains of praise on this brave young teen. Pakistan’s Prime Minister Nawaz Sharif recommended Aitzaz for one of Pakistan’s highest awards—the Sitara-e-Shujaat or the Medal of Bravery. In the days since his martyrdom, #AitzazBraveheart has trended on Twitter and pages in his honor have popped up on Facebook. No doubt young Aitzaz is deserving of all this praise—and whatever praise yet comes—for making the ultimate sacrifice.

But there’s another story you won’t hear in Pakistan, one that sadly few Muslim leaders will acknowledge. A story that won’t trend on Twitter and won’t blossom on Facebook pages. It is similar to Aitzaz’s story in many ways—with one tragic twist.

This story occurred on May 28, 2010, when another Pakistani teen saw a suicide bomber coming after his dear friends, fellow students, and loved ones. This teen likewise could have ran and hid. He could have pretended it was not his responsibility. He could have been selfish.

Here is where the story takes a tragic twist and exposes Pakistan’s double standard. Here is why you’ve never heard of the heroic teen who captured a suicide bomber alive nearly four years ago.

You’ve never heard of Muzaffar Ahmad because Pakistan’s government endorsed the suicide bomber he took down. On that tragic day of May 28, Taliban suicide bombers murdered 86 Pakistani citizens while they worshipped. Were it not for Muzaffar’s heroics, dozens more would have been murdered. Yet, before the countless gallons of blood had even dried in those mosques, that same evening the Pakistani police astonishingly released the suicide bomber. While Prime Minister Nawaz Sharif praises Aitzaz in 2014, in 2010 he apologized to Pakistan—not for releasing the terrorist, nor for the 86 murdered. No, Sharif apologized to Pakistan for an earlier statement in which he referred to the 86 murdered as “his brethren.” Now under public outcry and political pressure, Sharif distanced himself from the murdered, recanted his claim of brotherliness, and to this day has not condemned the attack.

Pakistan’s government knew that suicide bombers were planning an imminent attack on two Ahmadi Muslim mosques in Lahore—a fact they’ve since acknowledged. The Taliban carried out the attack, and the Pakistani government allowed it to happen. Nearing four years later, the government has not made a single arrest, apology, or reparation. And while Muslim leaders are praising Aitzaz without limit, few have shown the compassion to recognize Muzaffar Ahmad’s courage, let alone even condemn Ahmadi persecution at all.

In fact, aside from assassinated former Punjab Governor Salman Taseer, no Pakistani politician has condemned this act of terrorism that left 86 innocent worshipers dead.

As for Muzaffar—he received no accolades, no medals of bravery, and no peace. Instead, while the suicide bomber he captured roamed free unrestricted, Muzaffar was forced into hiding, and soon forced to flee Pakistan altogether to save his life.

So what inspires this barbaric double standard?

Pakistan supported the Taliban’s attack that day because the attacked mosques belonged to the Ahmadiyya Muslim Community. Ahmadi Muslims are Muslims who believe in the Messiah, Mirza Ghulam Ahmad of Qadian. They reject the concept of religious violence, champion separation of mosque and state, and believe in universal freedom of conscience for all people. For their belief in the Messiah, Ahmad, Pakistan has passed anti-Ahmadi and anti-blasphemy laws prescribing fine, imprisonment, and even death for Ahmadi Muslims. Since Pakistan passed its anti-blasphemy and anti-Ahmadi laws in the 1980s, terrorists have murdered over 300 Ahmadi Muslims. Pakistan has made zero arrests.

Muzaffar needs no honors, nor do Ahmadi Muslims demand special treatment. However, if Pakistan desires that Aitzaz is only the final victim of terrorism, and not just another statistic, then Pakistan must change its bigoted regime and begin to rule on the tenets of justice.

This means repealing anti-Ahmadi and anti-blasphemy laws. This means prosecuting those who persecute or murder any citizen of Pakistan, not just those who win political points. This means Muslim leaders and Muslims worldwide must stand up and condemn persecution of Ahmadi Muslims, not just Muslims with whom they dogmatically agree.

Yes, Aitzaz is a hero of Pakistan. So is Muzaffar Ahmad. It is time Pakistan’s next hero is an elected official who stands for justice and equality—not a teen who is forced to sacrifice his own life because Pakistan’s leaders refuse to sacrifice their prejudice.