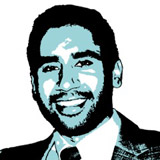 Without an understanding of Islam, Prophet Muhammad’s refusal of racism may be hard to believe. In his time, racism and slavery were rampant in most early civilizations. But until his very last breath, the Prophet Muhammad discouraged any form of racism to creep into Islam. In his farewell sermon, the Prophet Muhammad said: “Allah has made you brethren one to another, so be not divided. An Arab has no preference over a non-Arab, nor a non-Arab over an Arab; nor is a white one to be preferred to a dark one, nor a dark one to a white one.”

These simple words eloquently denounced any form of racism in Islam. Islam never focused on a person’s color but their merits. One remembers the story of Hazrat (“the Great”) Bilal, who was an early follower of Islam. He was the very first person to recite the adhan to invite Muslims to prayer. Bilal was even given the title Sayyid al-Mu’azzin, “the master or leader of those who call others to prayer.” Bilal also served as Secretary of the Treasury for the Islamic state in Medina. Had racism been present in Islam, how could Bilal, a former African slave, have reached such heights?

But don’t just take my word for it. Hear the perspective of a person who had lived a life victimized by racism and was thus jaded with the idea of a “raceless” world: Malcolm X. However, when Malcolm X visited Mecca, his understanding of racism changed. As he tells us in the Autobiography of Malcolm X:

Never have I witnessed such sincere hospitality and overwhelming spirit of true brotherhood as is practiced by people of all colors and races here in this ancient Holy Land, the home of Abraham, Muhammad and all the other Prophets of the Holy Scriptures. For the past week, I have been utterly speechless and spellbound by the graciousness I see displayed all around me by people of all colors.

During the past eleven days here in the Muslim world, I have eaten from the same plate, drunk from the same glass, and slept on the same rug — while praying to the same God — with fellow Muslims, whose eyes were the bluest of blue, whose hair was the blondest of blond, and whose skin was the whitest of white. And in the words and in the deeds of the white Muslims, I felt the same sincerity that I felt among the black African Muslims of Nigeria, Sudan and Ghana.

Even as we celebrate Reverend Martin Luther King Jr.’s legacy, we still cannot forget the racism that plagues our great nation today. Statistics of the grossly imbalanced ratio of African-American inmates on death row and Trayvon Martin’s death remind us that America still has progress to make in becoming a “raceless” society. But what has Islam done differently to defeat racism in the eyes of a man who was forever plagued by it? Malcolm said, “The American Negro never can be blamed for his racial animosities — he is only reacting to four hundred years of the conscious racism of the American whites.” Islam eradicated racism by eradicating the institution of slavery. Rather than creating a boilerplate statement that all races should be treat equally, Islam created gradual, proactive measures to defeat slavery. Rather than outlaw slavery altogether, Islam created measures to make it impossible to treat slaves inhumanely. Islam taught Muslims to release slaves and that slaves should be given the same clothing, food, and shelter as their Muslim hosts. What is a slave if they are treated exactly like your family member? Through this progression, Islam made it possible to eradicate the system of slavery rather than recite mere lip service of equality. By eradicating the system of slavery, Islam eradicated racism all together.

So then what do Muslims think is God’s grand plan of creating so many races that have unfortunately tried to subjugate each other? The Qur’an tells Muslims:

O mankind, We have created you from a male and a female; and We have made you into tribes and sub-tribes that you may recognize one another. Verily, the most honorable among you, in the sight of Allah, is he who is the most righteous among you. Surely, Allah is All-knowing, All-Aware. [49:14]

For mankind, the different tribes and subtribes, races and ethnicities, really are means to learn from each other and recognize our common identities as a means to become the most righteous. This is the message that Dr. King would dream for mankind to experience. And this is a message Prophet Muhammad created already, 1,500 years ago.