You all are equal! 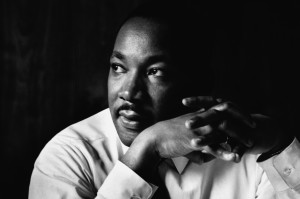 As Americans, this Jan. 20th we celebrate Dr. Martin Luther King Jr. We dedicate the day to his achievements and his successes. Dr. King was a legend who combated racial inequality through nonviolence. Dr. King organised the 1963 march on Washington, D.C. calling it, “the greatest demonstration for freedom in the history of our nation.”

As American Muslims we promote racial equality because all peaceful and a progressive nations require equality. Prophet Muhammad taught Muslims 1400 years ago to get rid of any sort of discrimination. The Prophet’s final words were, “a black is no better than a white, nor is a white better than a black, you all are equal.” Islam teaches that all mankind is equal before God.

On MLK day, we commemorate all the efforts made by Prophet Muhammad, Dr. Martin Luther King Jr, and other icons who have fought tirelessly against racial intolerance and discrimination.

How Obama should achieve world peace

You all are equal!