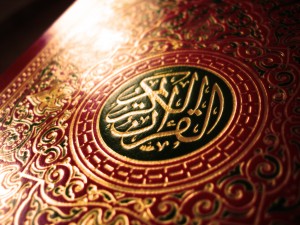 March 8 is International Women’s Day. One crime against women that continues to plague humanity is FGM, i.e female genital mutilation. Experts estimate that some 3 million women suffer through FGM annually. The following is an excerpt from my upcoming book titled EXTREMIST. This excerpt specifically repudiates the barbaric myth that Islam in any way endorses FGM. On the contrary, Islam does not permit FGM under any circumstance.

Extremists ascribing to Islam and anti-Islam extremists may passionately hate each other — but both agree on much. One such myth both espouse is the fabrication that Islam endorses female genital mutilation, also known as FGM or infibulations. Most often, FGM supporters cite a Hadith recorded by Imam Abu Dawud.[1] The Hadith reads, “A woman used to perform circumcision in Medina. The Prophet said to her: Do not cut severely as that is better for a woman and more desirable for a husband.”

Before even delving into this Hadith, it is important to note that the vast majority of the Muslim world condemns FGM, and always has throughout history. FGM existed long before Islam and it sadly persists today as a cultural tradition that traverses religious lines. For example, in Ethiopia, Muslims, Christians, and Jews have all practiced FGM — though no faith endorses the act. I demonstrate with facts here that nothing in Islam endorses or promotes this barbaric act.

First, Islamic jurisprudence requires that the Qur’an be taken as primary authority on all Islamic matters. Nothing in the Qur’an substantiates the argument that Islam or Prophet Muhammad endorsed FGM. On the contrary, the Qur’an implores, “…it is not lawful for you to inherit women against their will…”[2] Extremists and Islamophobes alike ignore the Qur’an altogether and focus only on the single Abu Dawud Hadith. But herein lies a second problem.

Imam Abu Dawud, the very collector of this Hadith, himself declared the narration dubious, noting, “Its chain of transmitters is not strong. Besides, it is reported not as a direct quote attributed to the Prophet … This Hadith is poor in authenticity.”[3] In short, not a single authority links this alleged Hadith back to Prophet Muhammad.

Therefore, this Hadith is widely regarded as a weak tradition amongst Islamic scholars throughout history. Moreover, had FGM proponents researched this Hadith, they would have discovered that this Hadith is the one and only attributed Hadith mentioning FGM. Consequently, not only is this Hadith weak, no possibility exists for corroboration or substantiation.

Thus, when we realize that the Qur’an does not in any way endorse FGM, that no corroboration for this Hadith exists, and that not a single narrator relates this Hadith to the time of Prophet Muhammad or as having emanated from his mouth, it becomes clear that only a fool would accept this Hadith as true. Enter extremists and Islamophobes.

In fact, countless classical Islamic scholars after Imam Abu Dawud also dismissed the authenticity of this Hadith. Among them are the Egyptian scholar Ibn-e-Hajar al-Asqalani, widely regarded in the Sunni world for his knowledge of Ahadith;[4] Yusuf ibn Abdallah al-Barr,[5] another great Sunni scholar of Andalusia Spain; and the more recent Muhammad ash-Shawkani of Yemen.[6]

For example, in 2005 a dean of Al-Azhar University of Cairo declared infibulations a criminal act.[7] Then, an International Islamic Conference held in Cairo the following year in 2006 converged specifically to condemn infibulations.[8] Following in the footsteps of al-‘Asqalani, Sheikh Ali Gomaa of Egypt issued a fatwa in 2007 against infibulations.[9] In 2008 another East African country saw Somali Islamic scholars in Kenya call for an end to infibulations.[10] Then in January of 2010, 35 Islamic scholars in the West Coast African country of Mauritania banned infibulations.[11] The Muslim world and Muslim scholars have spoken loud and clear — FGM has nothing to do with Islam, and Islam has nothing to do with FGM.

As a final note, history well records that Prophet Muhammad answered detailed questions about personal hygiene for men and women. This included the proper way for each gender to clean themselves after using the facilities and after sexual intercourse; and for women — after menstruation. Furthermore, in maintaining the religious covenant Prophet Abraham made with God to circumcise male children, Prophet Muhammad and Islam also admonished Muslims to circumcise male children. Every opportunity existed for at least one historical record to testify that Prophet Muhammad endorsed, let alone advocated, FGM. Yet, on this alleged Islamic practice, history is silent and no tangible evidence exists as validation. For Islamophobes and extremists to yet insist that Islam endorses this barbaric act, without a shred of evidence, is by definition fabrication and propaganda.

The bottom line is clear. FGM is nothing more than a barbaric act of terrorism. It is a crime and has nothing to do with Islam or Prophet Muhammad. Those who engage in this crime must be held accountable — without exception.

[1] Sahih Sunan Abu Dawud 41:5251.
[2] Qur’an 4:20
[3] Sahih Sunan Abu Dawud, XIII, 125-26.
[4] Ibn Hajar’s Talkhis al-habir fi takhrij Ahadith ar-Rafi’i al-Kabir.
[5] “It is based on the authority of a transmitter whose report cannot be admitted as evidence”, from At-Tamhid lima fil-Muwatta minal-Ma`aniwal-Asanid (Shams al-Haq al-Azhim Abadi’s Awn al- ma’bood fi sharh Sunan Abu Dawud, XIV, 124). Al-Barr further states, “Those whoconsider (female) circumcision a sunna, use as evidence this Hadith of Abu al-Malih, which is based solely on the evidence of Hajjaj ibn-e-Artaa, who cannot be admitted as an authority when he is the sole transmitter. The consensus of Muslim scholars shows that circumcision is for men” (Al-Tamhid lima fil-Muwatta min al-Ma`ani wal-Asanid, XXI, 59).
[6] “In addition to the fact that the Hadith is not valid as reference, it does not give any evidence to prove the case in question” (Nayl al-Awtar,Vol. I, pg. 139).
[7] See http://www.ghanaweb.com/GhanaHomePage/NewsArchive/artikel.php?ID=77396
[8] See http://news.bbc.co.uk/2/hi/6176340.stm
[9] See http://www.medindia.net/news/Egyptian-Clerics-Say-Female-Circumcision-UnIslamic-23055-1.htm
[10] See http://www.intactnetwork.net/intact/cp/files/1297081681_Islamic%20Scholars%20Find%20 No%20Religious%20Justification%20for%20FGMC.pdf
[11] See http://news.bbc.co.uk/2/hi/africa/8464671.stm