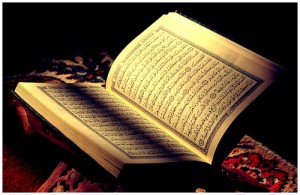 During a discussion with my 11-year-old daughter on the subject of respect and the status of women in Islam, the conversation turned to the issue of domestic violence. When I told my daughter that critics of Islam allege the Quran encourages men to beat women she looked at me in sheer disbelief. I asked her to read the verse 4:35, which advises men, “And as for those on whose part you fear disobedience, admonish them, and leave them alone in their beds, and chastise them.” In some versions of Quran, the Arabic word “dharabu-hunna” in this verse is translated as “beat them” instead of “chastise them.”

My daughter shockingly whispered, “Baba, I don’t think you will ever take this advice.”

“Why not?” I played along. “I wish all men would follow this advice.”

To make sense of it, let’s first analyze the issue.

According to the World Health Organization, one in three women worldwide is attacked or abused, most by their intimate partners. In America alone, every day, 1,100 women experience physical assaults and at least three women are killed by their husbands or boyfriends.

Why do men hurt women they claim to love?

Usually, men who batter women tend to seek a sense of control over their intimate partners, taking advantage of their sheer physical power or economic supremacy. Any perceived attempt on their partners’ behalf toward independence instigates their anger, which they can’t control well. Researchers at the Medical School of the University of Pennsylvania found that the part of the brain that controls anger is smaller in men than it is in women.

Disagreements in couples can occur over matters as simple as dinner choice or as serious as family planning. Domestic harmony prevails only if couples resolve these conflicts amicably instead of nurturing their egos. While a woman’s egoistic approach toward any conflict will risk domestic harmony, a husband’s ego may end up as a domestic-violence incident.

Recognizing this reality of life, the Quran commands men to “consort with their wives in kindness” in everyday matters to upkeep domestic harmony. And to resolve any serious conflicts, it teaches them a three-stage anger management technique: admonish them, leave them alone in their beds and chastise them, ensuring women’s safety at every step.

When a man faces a situation where his wife’s rebellious attitude is harmful enough to jeopardize their family and home, the Quran advises him to restrain his anger, allowing him to only admonish his wife in order to convince her with dialogue. If admonishing does not work, the Quran advises the man to continue to curb his anger and ego, leaving his wife alone in her bed so that she can think over her attitude without any fear that her husband could physically hurt her. This time period could be four months at the most, during which the wife is free to either leave the husband by seeking divorce or reform her rebellious attitude. If, however, she chooses neither option and continues to revolt against her husband, only then, as a last resort, does the Quran allow the husband to chastise his wife, which could be either in the form of divorce or physical punishment.

When Prophet Muhammad, who never beat any of his wives throughout his life, was questioned about physical chastisement, he answered if a Muslim ever had to physically chastise his wife he should do it so gently that it leaves no mark on her skin. This reminds me of Shakespeare’s “Merchant of Venice” in which Shylock insisted to take one pound of flesh from Antonio’s body as decreed by law but could not actually do so when told to take the flesh without a single drop of blood.

In fact, the verse that critics use to blame the Quran stops men from ever raising their hands to hurt the women they love and leaves no excuse for a Muslim man to beat his wife to vent out his anger.

Eventually, when it made sense to my daughter, she spurted out, “Yeah, Baba! All men should really take this advice to control their anger instead of controlling their wives.”

You put it so simple – mainly as a father of a daughter. What about a father of a mother of a son who fear that their new Bahoo or daughter in law will ask the first thing “i want a separate home” or “I cannot serve your relatives” or “you can meet me next Monday” .
We need to see th efull picture. Why there is need of the first two steps, Like… “Fear of Disobedience” It means that Allah wants wives to be loyal and obedient to their husbands. “Admonish Them” which means they would need admonishment . And then “Separate them in beds” Means you should show control over yourself to some extent so that they could realize that you are not FAN of theirs all the time. “Zaraba or Chastise them” which means some instances for some ladies may come when you would need to take extra step. “What Zaraba Means” I can detail later but focus now is Men should take a daughter’s advice what about Daughters who need more advice some times?

Explaining “Zaraba” you did admit that one may beat – but in a way that there is no mark on the body. Good – I think you must be bold enough to accept what is written there. Otherwise to appease few you might loose your own grounds.
Anyways I am not in anyway trying to say that beating is advisable but I am saying its there whether one accepts it or not and in fact spouse beating has always been there in every time and society and no legislation has been able to stop it so looks like God wants women to have fear of that “stick” and on the contrary advise men to take different steps for reformation and then go to “Zaraba” step if nothing works.
Now coming to the applicable meanings of Zaraba.
1) To let the issue Out: After Bed separation and waiting for sometime (maximum 4 moths is advised) now its time to either end the relation or find some way to get back normal.
2) To Beat Them if they continue to be Rebellion and neither separate nor leave their roughness. But off course its advised to punish them physically yet mildly. It looks like more like a stick for women to be watchful of and for men it looks like asking them to do something very carefully as a strategy not as a habit.
3) To Get her example or another one like her: Its already allowed to remarry while she is still under Nikah. So that’s another option open for men which they can use rather than abuse or beat her.
Now it depends on person , situation, and will and ability of the person, which option to go for. If I put my self in that boat of that woman I would always advise myself not to let these situation to ever come or stay there for some time to disrupt the home peace to that state.
Rest, God knows best.