Originally published in The Press Enterprise 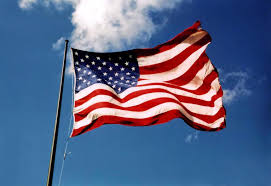 April 15, 2013, was a day like any other, until I saw a notification that a bombing had occurred in Boston. I read the depressing details and realized how close to the heart this disaster had occurred.

The Boston Marathon bombing tragedy hit rather close to home due to the fact that the bombers claimed they were Muslim and it occurred in my native country, the USA. As a Muslim, this is appalling to me, considering that everything the bombers did were not reflections of Islam in any way. Islam repeatedly states that the killing of innocent people is a major sin, and goes against its teachings of peace.

The bombers needed an awakening to what Islam truly stands for rather than their twisted conceptions.

I would also like to extend my deepest condolences to all of the families affected by this tragedy. One way we can remember the victims is to hold a blood drive, and thatâs exactly what Ahmadiyya Muslim Community of Boston is doing in their honor.

One year after the tragedy, the Boston Marathon will go on and will be a chance for Americans to show that we will not be shaken. I wish safety and luck to all participants and spectators of the marathon this year.

Be not shaken we will
FacebookTwitterRedditEmailLinkedInWhatsApp