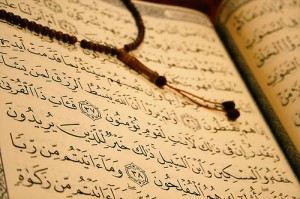 On April 9 a terrible incident occurred at a Pennsylvania high school. A teenage boy wielding two kitchen knives went on a stabbing rampage and injured 21 people, including 20 students and one adult. I would like to extend my sincere condolences to all those who were harmed because of this tragedy.

At the same time, I also would like to commend all the individuals who helped take control of the situation by risking their own lives. For instance, the assistant principal tackled the suspect, a security guard was hurt while apprehending the suspect and a girl applied pressure onto another girl’s wounds in order to stop the bleeding.

These heroic actions reminded me of a verse in the Quran: “And whoso gave life to one, it shall be as if he has given life to all mankind.” So even though these people were just trying to save high school students, they actually did a great service to all of humanity.

We will not be shaken