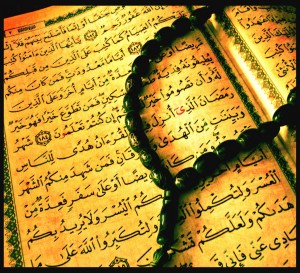 Earlier this month I asked a Muslim friend to help resolve an important question: Does Islam teach that hell is eternal? It started as a simple conversation:

“Is God merciful, compassionate, and just?”

“So, a merciful, compassionate, and just God would send a finite creature with finite knowledge of sins to infinite damnation and hellfire? Does that make sense to you?”

My question made him uncomfortable. As I suspected, he didn’t have an answer. However, I refused to attempt just rationalizing the issue. If the Qur’an and Hadith taught eternal hell, I wanted to know. So I dove into a study of both.

I arrived at an undeniable conclusion: Islam does not teach eternal damnation for anyone. Here are seven reasons why Islam rejects the concept of eternal hell — for Muslims and everyone else:

Proponents of the “eternal hell” theory often cite three verses to support their position. First, Qur’an 5:38,“They will wish to come out of the Fire, but they will not be able to come out of it, and they shall have a lasting punishment.” Second, 4:138, “Those who believe, then disbelieve, then again believe, then disbelieve, and then increase in disbelief, Allah will never forgive them nor will He guide them to the way.” Finally, 5:73, “Surely, whoso associates partners with Allah, him has Allah forbidden Heaven, and the Fire will be his resort.”

First, they translate azaabummukeem in Qur’an 5:38 as “never ending” instead of “lasting.” Arabic lexicon holds that azaabummukeem here does not mean “never ending” but instead “very long.” It takes a middle ground — hell is limited, but lasting enough that people will want to escape and will be made to stay longer.

Second, eternal hell theorists ignore Qur’an 7:156: “‘I will inflict My punishment on whom I will; but My mercy encompasses all things.” How can hell last eternally if God’s mercy encompasses “all things?” This also establishes the scope of 4:138 cited above to apply only as long as a person remains in disbelief — which will not extend beyond this life.

Third, the Qur’an specifically compares and gives context to what God means by “forever” in the context of heaven and hell with side-by-side verses. Regarding hell in Qur’an 11:107-108, God says, “As for those who will prove unfortunate, they shall be in the Fire . . . . abiding therein so long as the heavens and the earth endure, excepting what thy Lord may will.”

The following verse about heaven uses the same language, with one distinction: “But as for those who will prove fortunate, they shall be in Heaven; abiding therein so long as the heavens and the earth endure, excepting what thy Lord may will — a gift that shall not be cut off.”

In a direct comparison, the Qur’an clarifies that heaven is “a gift which shall never be cut off,” while eternity is not at all mentioned regarding hell. Qur’an 11:108 says hell’s inmates will come out when God pleases — God’s mercy descends and encompasses his punishment.

Fourth, Qur’an 39:54 says, “. . . despair not of the mercy of Allah, surely Allah forgives all sins. Verily He is Most Forgiving, Merciful.” In reading the Qur’an as a whole, rather than in isolated fragments, it is clear that God forgives all sins.

Finally, taking the phrase “those who associate partners with God . . . Fire will be their resort” to mean eternal hell misses the common-sense approach. This phrase is no different than “those who are patients . . . the hospital will be their resort.” A patient remains in the hospital until he is healed, and then leaves. Hell will serve as a reformatory stage from which they will eventually exit with God’s mercy and grace.

Hadith Qudsi are conversations between God and Prophet Muhammad that are not part of the Qur’an. While not as authentic as the Qur’an, Hadith Qudsi are acceptable provided they do not contradict the Qur’an. The Hadith Qudsi are clear that hell is not eternal. As recorded in Bukhari 4:54:16, God says, “When Allah completed creation He wrote in His Book which is with Him on His Throne, ‘My Mercy overpowers My Anger.’”

If hell reflects Allah’s anger and his mercy exceeds his anger, then hell can only be temporary. Eternal hell would mean that Allah would be infinitely angry — His anger exceeding His mercy.

Most Muslims agree no one knew Islam better than Prophet Muhammad. As his noble wife Ayesha described him, “Muhammad was the walking Qur’an.” Numerous hadith attributed to Prophet Muhammad make clear that while heaven is eternal, hell is temporary.

According to one collection of hadith, the Prophet Muhammad said, “Surely a time will come over hell when its gates shall be blown by wind, there shall be none in it, and this shall be after they have remained therein for many years.” Likewise, Sahih Muslim 1:368 records, “Allah will bring out people from the Fire and admit them into Paradise.”As Allah declares His power to take people out, hell is not eternal.

4. Islam does not monopolize salvation

It is not for humans to say how God will judge. Indeed, no guarantee or promise exists that every Muslim will go directly to paradise after death or that every non-Muslim is automatically hell-bound. Islam is the only ancient religion that does not monopolize salvation exclusively to its adherents. Instead, Islam teaches that non-Muslims can and shall attain paradise.

The Qur’an declares in 2:62, “Surely, the Believers, and the Jews, and the Christians and the Sabians — whichever party from among these truly believes in Allah and the Last Day and does good deeds — shall have their reward with their Lord, and no fear shall come upon them, nor shall they grieve.”

Islam also teaches that hell is not designed for torment, but reform. All must first be cleansed of sin before entering paradise. This cleansing may be of incorrect beliefs — held by non-Muslims and misguided Muslims — or for sinful actions. Hell is the reformatory abode for purification after death. Qur’an 101:9-10 declares, “But as for him whose scales are light [upon judgment], hell will be his nursing mother.”

This verse makes no distinction between a believer and a nonbeliever. Yes, Islam teaches that hell is a painful experience, but Islam defines hell as a nursing mother designed to purge sin before admitting a soul to paradise.

5. Islam teaches that we are all ultimately saved by God’s grace

Like the Bible, the Qur’an teaches that faith without works is dead. Ultimately, however, Islam teaches that we are saved by God’s grace. Islam teaches that as Master of the universe, God bestows his grace on whomsoever he pleases for whatever reason he pleases — without need for sacrifice. Our works are not for God, but for humanity’s benefit. Thus, as God’s grace  ultimately saves us, hell cannot remain eternal.

6. God is not sadistic

If hell is eternal, the only logical conclusion is that God is sadistic. Consider this: if God is all-knowing, then surely He would know before He created a being whether that being would receive eternal hell. Yet, grace and mercy are God’s greatest attributes in the Qur’an, followed by his justice. The idea that the Creator of the universe would demand eternal damnation for the sins of an insignificantly few years by comparison is perhaps the greatest argument against God. If any creator is that ungracious, unmerciful, and unjust to knowingly create a soul only to torment that soul for eternity, then such a being displays such immorality that even wild beasts are above it. Such a being is many things — sadistic, unjust, immoral– but God it is not.

7. We shouldn’t worry so much about the eternal destination of others

Why is it so important to some believers that people go to hell eternally — or that they go to a heaven that excludes all others? The Qur’an reminds Muslims to leave judgment to God alone. To those who insist on judging, the Qur’an retorts in 2:95-96, “Say: ‘If the abode of the Hereafter, with Allah, is solely for you to the exclusion of all other people, then wish for death, if you are truthful.’ But never shall they wish for it, because of what their own hands have sent on before them; and Allah knows the wrongdoers well.” Qur’an 2:112 adds, “And they say, ‘None shall ever enter Heaven unless he be a Jew or a Christian.’ These are their vain desires.” Ultimately, how God judges someone is between Allah and that person.

The Messiah Ahmad writes, “It is contrary to God’s perfect attributes that once a person has been condemned to hell, only the Divine attributes of chastisement should be manifested. . . . [I]n the end all will attain salvation as the hand of God is unlimited and no one can be left out of it.”

Ahmadiyya Eternal Get Hell Islam of oped out the
FacebookTwitterRedditEmailLinkedInWhatsApp