Originally published in The Northwestern 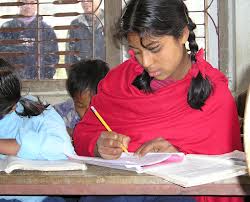 What makes me furious today is that whenever a Muslim extremist group wants to push a personal political agenda anywhere in the world, it is at the cost of human suffering and the unjustifiable use of the name of Islam. This time, it is 276 Nigerian school girls who have been kidnapped by Boko Haram (a banned terrorist group).

As a father of a daughter, I applaud the Twitter hashtag #BringBackOurGirls because it is a great expression of empathy that I feel for them in my heart too. They could have been anybody’s daughters, and their only crime was that they were taking the opportunity to educate themselves where in many cases the opportunity is not available. It is an unequivocally condemnable and brutal act that needs to be punished by the highest extent of the law.

Boko Haram has exceeded all bounds of extremism that even the extremist organization Al-Qaeda has openly disassociated themselves from them.

Boko is an old Hausa word, the language spoken in Nigeria, that portrays fraudulence or deception in its root-meaning and Haram is a borrowed Arabic word meaning forbidden. This terrorist group believes that western education is deceptive and therefore sinful, so it should be done away with.

But since when did education become an ownership issue? Education is something that should belong to east or west, rich or poor, and male or female.

Malala Yousafzai is an excellent example of someone who has put this into action. She faced a similar tragedy in her home town when she stood up against the anti-female education group, the Taliban. She was shot point-blank range in the head by their assassins, but later survived and became the foremost advocate in female education, especially in places where there is little to none.

She recently wrote an article in TIME magazine titled “Save My Nigerian Sisters,” and she beautifully elucidated that Islam is a religion of peace where women are respected and education is highly valued. This is coming from a young girl who herself was persecuted by similar kind of extremists.

At the time, her personal story had inspired me so much so that I wrote an article on her that was titled, “More Lights like Malala Yousafzai Should be Lit. (http://islam4americans.com/more-lights-like-malala-yousafzai-should-be-lit/)” She became a symbol of female education and it resonated the same feelings within me that I have always felt for my daughter.

Boko Haram, by definition of their own title and their propaganda against “westernized” education, are deceptive themselves.

They have tried to convince everyone in the world that what they are doing and saying is related to Islam. They claim that certain sources of education is deemed to be sinful according to Islam but Prophet Muhammad never gave it a brand or ownership. Instead, he gave it a high priority and duty for everyone (male and female) to attain it.

Muslims pride themselves in quoting him when he said, “even if you have to travel to China (furthest point at the time) to attain knowledge, do it,” or “wisdom is a Muslim’s lost property.”

His advice became the basis for Muslim advancement in science and mathematics between the 9th and 12th century C.E, which then later lead to the subsequent birth of the Western renaissance and period of enlightenment.

Next, Boko Haram claims independent female education is not necessary or against the teachings of Islam but this is as erroneous as it sounds.

One of the many reasons for marrying Aeysha, the youngest wife of the Prophet Muhammad, was for her great intelligence and memory. She had procured the knowledge that he had taught her and became the symbol of female education and scholarship.

This trend of female scholarship resonated in the Muslim Ummah and a couple of hundred years later an African Muslim woman by the name of Fatima al-Fihri founded the first degree-granting university, al-Qarawiyyin, in the modern world.

Finally, killing innocent civilians, kidnapping young girls, and promoting forced marriages is completely against the teachings of the Qur’an, the same book they are claiming to uphold.

Boko Haram may claim that western education is deceptive but it is they who are deceiving the world by falsely putting Islam in the middle of their personal and political agendas. But it is up to us to not fall for it and see them for who they really are, murderers and rapists.