Originally published in The Hartford Courant 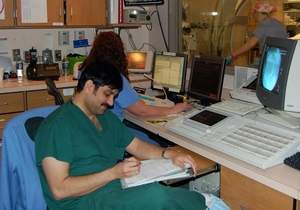 There is a dire need to stand up against religious persecution. Last Monday, after paying tribute to our men and women in uniform on Memorial Day, my religious community, the Ahmadiyya Muslim Community USA, commemorated another recent American hero, who made the ultimate sacrifice for his service.

Dr. Mehdi Qamar, a cardiologist practicing near Columbus, Ohio, had arrived a few days back in Pakistan, the country of his birth, to volunteer at a local heart institute that provides free specialty care to a hugely underserved region. This was despite the dangerous risk that he professed to be an Ahmadi Muslim, a persecuted minority in Pakistan.

Sadly, Dr. Qamar became the victim of religious extremists. In broad daylight, his noble mission was cut short when two gunmen shot him dead on May 26. His death is a painful loss to family, patients back home in Ohio, and an entire community around him. True honor to the memory of courageous American heroes like Dr. Qamar entails that we intensify the push to end bigotry in the world.