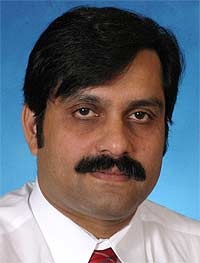 On Monday, May 25, Ohio based cardiologist, Dr. Mehdi Ali was assassinated in Pakistan. According to a report in the New York Times:

“An American doctor volunteering at a hospital in eastern Pakistan was shot to death on Monday in front of his wife and 3-year-old son in the latest attack on a follower of the minority Ahmadi faith at a time of rising intolerance across the country. …

“Dr. Qamar had arrived in Pakistan two days earlier as a volunteer at a hospital in Rabwah that has been a target of an extremist hate campaign in recent months.”

Two Minnesota Muslims responded to this assassination with letters to the editor. Here are their letters:

Murder in the Name of God

An American on a charitable medical mission to Pakistan was targeted on the basis of faith – his ‘crime’ being a member of the minority Ahmadiyya Muslim Community. An Ohio based cardiologist, Dr. Mehdi Ali, was killed in front of his 2-year-old child and wife while visiting the graves of his deceased loved ones.

His noble mission ended with the loss of his life, a loss for all those who seek to serve humanity.

Being an American Ahmadi Muslim of Pakistani origin, I appreciate the ability to practice my faith with freedom and live according to the motto of the Ahmadiyya Muslim Community- ‘Love for All, Hatred for None’.

I always wonder how a country like Pakistan – which has so many resources and the potential to be a great country – isn’t flourishing. This question always seems to be answered whenever I watch the Pakistani news. Yesterday, a cardiologist from Columbus, Ohio was gunned down in Rabwah, Pakistan because he belonged to the Ahmadiyya Muslim Community – a sect deemed heretical by Pakistani law. Dr. Mehdi Ali, the cardiologist, went to Pakistan for a voluntary mission to provide free healthcare services to the underserved community in Pakistan. As a Muslim, he appreciated the Quranic verse, “Whoso gave life to a person, it shall be as if he gave life to all mankind” (5:33). However, Pakistani journalists and mullahs have yet to condemn this atrocity.

As a Pre-Med student from the same Muslim community as Dr. Mehdi, I am touched by Dr. Mehdi’s bravery and compassion to serve humanity – even in a highly volatile country of religious intolerance.

Adeel Ahmad is in his final year studying microbiology at the University of Minnesota. Thereafter, he plans on pursuing his education and a career in medicine. Currently, he serves as co-secretary of the Muslim Writers Guild of America. He is also President of the Minnesota Chapter of the Ahmadiyya Muslim Youth Association.