Originally published in The Express Tribune 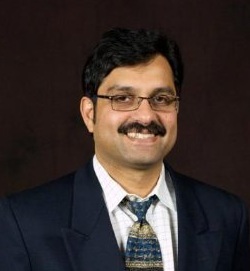 Ashir is just two-years-old. Yesterday, he was witness to the most horrific tragedy anyone can imagine. His father – a 50-year-old doctor – was brutally murdered in Pakistan. His crime: He belonged to the Ahmadiyya community.

Dr Mehdi Ali was a US-trained cardiologist on a medical mission to Pakistan. He was visiting Tahir Heart Institute; a state-of-the-art Cardiology hospital in Rabwah, Pakistan. Many Pakistanis cannot even afford routine medical visits. Dr Ali was bringing specialised advanced medical care to these poor people, free of cost. It was the second day of his three-week humanitarian trip when tragedy struck. The doctor said his morning prayers and head off to a local cemetery with his wife and youngest son. He was here to pay his respects to deceased members of his family and hundreds of other members of his community. As he exited the cemetery, two militants riding a motorcycle fired at him repeatedly and fled the scene. As Ashir and his mother watched in absolute horror, Dr Ali breathed his last on the very spot.

Dr Mehdi Ali completed his medical degree from the Punjab Medical College in Faisalabad before immigrating to the United States. Here, he completed his medical residency training at Maimonides Medical Center in Brooklyn, NY. He also served as a youth leader of an Ahmadiyya Youth Association (MKA) while in Brooklyn. He then pursued a fellowship in Cardiology and was serving as an interventional Cardiologist at Fairfield Medical Center in Lancaster, Ohio. The esteemed doctor was also serving as Assistant Professor of Cardiology at Ohio University – a position of honour for a Pakistani.

Dr Ali was scheduled to see hundreds of patients – irrespective of faith and creed – on his current visit. Most of these patients were from in and around the Rabwah region, but some were coming in from far ends of the country to benefit from his expertise. His death is a great loss for humanity and it comes just two days before the fourth anniversary of the May 28th carnage of Lahore. In 2010, Taliban militants barged into two Ahmadi Mosques in Lahore, killing 86 Ahmadi Muslims during the Friday prayers.

I see myself in Dr Mehdi Ali. I am also a Pakistani who immigrated to the United States to escape religious persecution. I also work in the field of Cardiology and have served in Tahir Heart Institute for six months as a trainee. I browsed through Dr Ali’s Facebook page and felt a deep connection with him. Like him, I also love Pakistani cricket and the city of Lahore. He was a great painter and a keen poet himself.

The persecution of Ahmadis in Pakistan is no new phenomenon. Killings of Ahmadis go unchecked and no State official as much as condemns this ongoing barbarity. In fact, the Pakistani state is directly responsible for these crimes against humanity. The second amendment to Pakistan’s constitution strips Ahmadis of their basic right to self-identity. Ordinance XX goes a step further and criminalises all profession of faith, taking away all freedom of religion of the Ahmadis altogether. Just a few months ago, a British Ahmadi doctor was jailed for reciting the Quran in his clinic.

Dr Ali’s life was a living blasphemy under Pakistani law. But he was out of jail. So someone decided to address the issue himself and serve the law on his own. The assailants of this horrible crime managed to escape the scene. But in Pakistan, there is no difference between getting caught for murdering Ahmadis or escaping. When Ahmadis captured two militants in the Lahore Carnage of 2010, the courts let them go free. Until the government takes the ongoing apartheid of Ahmadis seriously, these crimes will continue to pile.

Like Dr Ali, I am also eager to fight disease back home. But a much bigger disease sits in my way. Before I fight human illness, I wonder if I must fight this plague and cancer – religious bigotry and extremism –that has gripped my nation as a whole and has become the most powerful institution in the country.

For those wondering, Dr Ali is not just a statistic. He lives in my heart and I – and scores of other Ahmadi doctors – will carry on his humanitarian mission, with even greater zeal, for as long as we live.