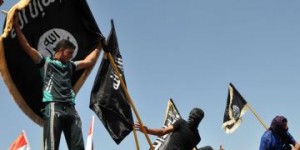 The leader of the extremist group ISIL recently declared himself to be a caliph and called on Muslims to pledge their loyalty to him.

However, within the Ahmadiyya Muslim community, the system of caliphate was established in the year 1908. The current fifth caliph, Mirza Masroor Ahmad, in his keynote speeches addressing the British House of Commons, the European Parliament, the German Military Headquarters and Capitol Hill, has emphasized repeatedly the importance of establishing peace and justice in the society.

While condemning the actions and statements of ISIL, the caliph explained that “extremist Islamic groups and the so-called caliphate that extremists are trying to establish in the Middle East are a complete betrayal of the true peaceful teachings of Islam and will never succeed. … Rest assured that true caliphate has no worldly or political objectives.”

Indeed, the Islamic State of Iraq and the Levant stands for a complete betrayal of the true teachings of Islam in the name of political objectives.

Does the Koran Endorse Apostasy Laws?

In service to our fellow Americans