‘No excuse for… Muslim youth who radicalize’

As an American Muslim, I find it increasingly necessary for me to practice and advocate the true teachings of Islam. In the wake of several isolated incidences of “lone wolf” terrorism inspired by ISIS, there is a greater need to bring to the forefront Islamic solutions to the problem of radicalization of youth. To this effect, the Ahmadiyya Muslim Youth Association (AMYA) hosted several delegates to the UN in a historical event entitled “Islamic Solutions to Muslim Youth Radicalization” in New York. This event beautifully outlined Islam’s teachings towards peace. The president of AMYA, Dr. Bilal Rana remarked, “There can be no excuse for the actions of Muslim youth in the West who radicalize. But we must help and prevent them from radicalizing, not by misunderstanding a faith they hold dear. But rather, by engaging them with love, reconciliation, and justice.” I hope this message reaches far and wide

Whites, blacks must solve the problem

Youth beware: ISIS is a political, not Islamic, group

American Muslims have rights too

The true spirit of Islam

‘No excuse for… Muslim youth who radicalize’ 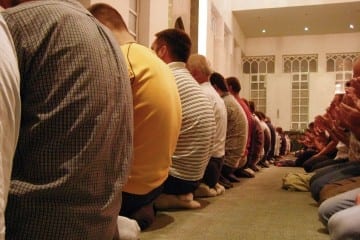