Recently, The Ahmadiyya Muslim Community, the oldest Muslim Organization in the United States, held its 8th annual “Day on the Hill,” during which over 100 delegates from across 75 chapters in the country visited their local representatives.

This event was held to help eliminate any misconceptions, while also raising awareness of multiple minorities facing maltreatment around the world. This includes the Rohingya Muslims who are currently facing intense persecution and an ethnic cleansing. The Rohingya are one of the many ethnic minorities across the globe. Rohingya Muslims represent the largest percentage of Muslims in Myanmar and are descendants of groups who have been in the region for generations. The government of Myanmar denies the Rohingya citizenship and even excluded them from the 2014 census, refusing to recognize them as a people.

The event also aimed to have congressmen and women join our Bipartisan Ahmadiyya Muslim Caucus, which is consistent with the objectives of the International Religious Freedom Act of 1998.

The Congressional Ahmadiyya Muslim Caucus was formed in 2014 to highlight religious and human rights abuses.Today, the Caucus continues to press onward toward the ultimate goal of societal and religious freedom for persecuted communities. By joining the caucus, congressmen and women helped support the rights of persecuted religious communities and prisoners of conscience.

Let's strive to overcome racism in 2018

The Answer to Mass Shootings

Grateful for opportunity this nation provides

As a Muslim, here is why Juneteenth is important to me 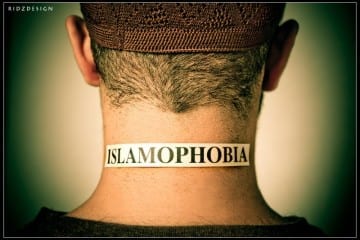 Why is ‘Islamophobia’ on the rise in America?