On Tuesday, I had the pleasure of appearing as a guest on “The O’Reilly Factor” to address accusations Ms. Wafa Sultan had levied against Islam on “The Factor” one day earlier. (Video at the bottom of this post.) Ms. Sultan commented on Muammar Qaddafi’s henchmen abducting and raping a Libyan woman. In her commentary, Ms. Sultan made the mistake of conflating the abuse of women in the Middle East that she has witnessed with the teachings of Islam. 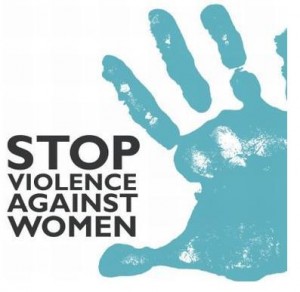 Some incorrectly believe that the Quran sanctions (or even promotes) the ill-treatment of women. They allege that verse 35 of Chapter 4 instructs Muslims to beat their wives in order to maintain dominance over them.

As a happily married man, this verse is important to me — and my wife. The verse restricts, rather than sanctions, such behavior. It describes a process of curbing the urge to use physical force in the rare event of gross disobedience or rebellion — a vicious behavior such as adultery or stealing, not a simple disagreement. This verse presents a process of anger management, reformation and reconciliation, with the intention to heal the relationship at every step. Additionally, the Prophet Muhammad commanded not to do anything that would ever harm or leave a mark on a woman. This verse cannot be understood to justify beating, rape or any ill-treatment of women.

The Quran then continues in verse 36 to say that if the husband and wife cannot reconcile, then arbiters should seek to make peace between them on their behalf. The Quran guides towards reconciliation, not abuse.

Muhammad, the Prophet of Islam, was the living embodiment of the Quran. If the Quran advocates for the beating of one’s wife, then surely we should see examples of such behavior from the Prophet Muhammad — but we do not. He had disagreements with his wives, but he never raised his hand against them.

Alleging that the Prophet Muhammad sanctioned — or even permitted — the beating or raping of women is patently false. If anything Chapter 24, verse 24 says “those who accuse chaste, unwary, believing women are cursed in this world and the Hereafter.” Women must be protected from such evil and despicable acts. It is recorded that the Prophet Muhammad ordered a man to be punished for rape based on the sole testimony of the rape victim.

Some incorrectly assert that Islam requires a rape victim to bring forth four witnesses to prove she has been raped. This is absolutely absurd and has no basis in the Quran.

In truth, the Quran instructs the complete opposite in Chapter 24, verse 5, when it instructs to punish those who falsely accuse chaste women of adultery but do not bring forth four witnesses to prove the adulterous act. Such accusers should be punished for slander and false testimony. Nowhere in the Quran will you find instructions for a victim of rape to present four witnesses to prove she was raped. There is no justice in that.

Far from abusing women, the Quran instructs us to honor them. The final verse of Chapter 66 of the Quran even instructs all believers to follow the example of the Mother Mary to achieve a high spiritual status, citing that despite all odds, she remained so chaste that she was bestowed the Holy Spirit.

In actuality, Islam instructs Muslims to protect women all over the world from this barbarity. Those who mistreat women in so-called “Islamic states” violate the teachings of the Holy Quran and the Prophet of Islam.

As moderate Muslims who believe in the Messiah, Mirza Ghulam Ahmad of Qadian, the Ahmadiyya Muslim Community continues to advocate for the equality, education, and empowerment of women. Contrary to the allegations of those who seem not to have read the Quran in its entirety, Islam does not allow beating or rape of its women at all. As followers of the true, documented teachings of Islam, Muslims must help stop the savage and vicious acts perpetrated against women around the world.

Nicely done.   I do recommend that we involve our Lajna members on television for rebuttal on these kind of issues though for better effect.  I often hear that this is just a man talking and where are the women?

@tijaz I think the women do talk on these issues but you’re right, haven’t seen any on national TV yet.