Originally Published in the Hopkins Halaqa 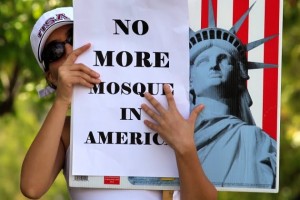 Islam is under attack daily every time you flip the channel. The words “Muslim Extremist” and “Jihadist” are being thrown around like everyday words.  For instance, what does the phrase “Muslim extremist” really imply? One is inclined to think that those who diligently follow the teachings of Islam are those that perpetrate the bombings and killings of hundreds of innocent people, according to the words used in the media.  Thus as one can clearly see, the idea of Muslims in America is being bombarded by a continual stream of hegemony, effectively molding the perception of the most influential nation in the world. The American of today is taught to fear the Muslim, as is evident by the overwhelming 60% opposition to the Ground Zero Mosque; islamaphobia is inculcated into the American perception of Muslims by the media.  Sadly most Muslim-Americans further strengthen this Islamaphobia.

Before we get to the idea of Muslim-Americans, one must first clear the air on what type of religion Islam really is. Is Islam a fundamentally violent religion, as the much of the media suggests? Islam is to follow the teachings of the Prophet, Muhammad. And the teachings of Muhammad clearly state that “love of one’s country is part of the Islamic faith.” Thus being a Muslim-American, entails being a loyal American. Islam in its entirety is not the cause of heinous attacks such as the Fort Hood tragedy. Rather perpetuators of such crimes in the name of Islam make up less than 1% of the billion Muslims in the world. The question remains, where is this remaining majority of Muslim Americans?

Being a Muslim-American in today’s world can be one of two things. A Muslim can either condemn out rightly the attacks by so called “Muslim extremists,” or a Muslim can turn a blind eye to the attacks on innocents, and furthermore attacks on Islam as a faith. Most Muslims fall into the latter category. The silence practiced by the majority of American-Muslims, is effectively a proclamation of acceptance of the radical so-called “Muslims”. To not condemn, when the correct choice is so clear, seems to undoubtedly place this majority of Muslims into a sub-fold of radicals. Therefore, the view of American-Muslims continues to be molded by this silent acceptance, leading to the pervasive islamaphobia of today. There is nonetheless a minority of Muslims that are working hard to set the trend, and pushing against the hegemony bombarding Islam in America. The other kind of Muslim-American is one whom condemns harshly every act that attacks his faith and his nation, as is prescribed by Islamic teachings. For not to condemn, but rather idly standby, is to accept and endorse “radical Islam” in such circumstances. Therefore it is time for the silent majority to take a stand against those that are hijacking their faith, or remain in silent support. It is necessary in these times that Muslims show their true selves to the world, to overwhelm the negative media that has changed the connotation of the word, “Islam” to that which is associated with terror and fear.

Maaiz Khan is a senior at Johns Hopkins University studying economics and business. He has been published in over 135 countries and in newspapers like the New York Times. He is very passionate about writing on topics of religious freedom and politics. Currently, he serves as the Vice Chairman of the Muslim Writers Guild of America