Originally Published in The Concord Journal 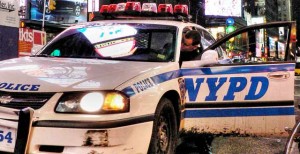 The recent school shootings in Chardon, Ohio, may prove instructive for the NYPD its controversial surveillance of mosques.

The Ohio teenage shooter was described as a loaner, an outcast and a victim of bullying —qualities studies have shown are typical of such people.

Such incidents are often avoided simply by reporting what was about to happen. But this requires a great deal of trust between the authorities and the citizens. Both parties need to take an active role to build this trust. Thus, for the NYPD to achieve its objective, it needs to build bridges with Muslim-American youth.

At the same time, Muslims must also reach out to the authorities. As a member of America’s leading Muslim youth organization (www.mkausa.org), we actively incorporate our youth into American life, rather than isolate them. Members recently distributed hundreds of thousands of fliers as part of the “Muslims for Peace” (www.muslimsforpeace.org) and“Muslims for Loyalty” campaigns. With the Muslims for Life (muslimsforlife.org)campaign this past September, members helped raise more than 11,000 units of blood to honor the victims of the 9/11 attacks.

So instead of creating outcasts, engage the youth.

Nasir Rana is an IT Services professional based in Boston. Mr. Rana graduated from Rensselaer Polytechnic Institute (RPI) with a Bachelors degree in Electric Engineering where he was a member of the Phi Theta Kappa Honor Society. He later earned a Masters degree in General Management from Harvard University. Mr. Rana is currently serving as the National Assistant President for the Ahmadiyya Muslim Youth Association (MKA USA).