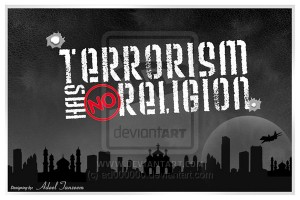 One year after Osama bin Laden’s death, terrorism even within our country has not ceased to operate. Just this Tuesday, five young men were arrested in an FBI sting for attempting to bomb a busy commercial bridge outside Cleveland. If successful, the act could have led to death, destruction and fear. Sounds like terror to me. The irony, though, is that we have labeled it in the news as anything but terror.

How was this attempt much different from the other alleged bomb plots exposed by the FBI — for example, in Portland, Ore., in 2010 by Somali immigrant Mohamed Mohamud, or on Capitol Hill last March by Moroccan immigrant Amine El Khalifi?

It would be naive to believe that terrorism is confined to just one religious group, ideology or ethnicity. So, for the sake of our nation’s security, let’s keep our moral compass straight: Call out the terrorists, even if they have blonde hair, blue eyes or use the pretense of opposing corporate America. The anniversary of bin Laden’s death should compel us to stamp out terror wherever it exists.