Originally Published in The Duluth News Tribune and The Star Tribune. 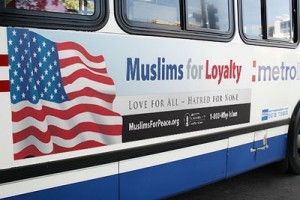 At a time characterized by an alleged increase in the radicalization of Muslim youth, I attended a national Muslim youth convention with the theme, “Love and loyalty for one’s homeland.”

The national convention — organized by America’s leading Muslim youth organization, MKA USA — sought to educate and cultivate loyalty for one’s motherland through service through society. MKA USA helped collect more than 200 units of blood throughout cities in Minnesota this past year, from Duluth to Rochester. It is actively volunteering in efforts to alleviate hunger locally and internationally. Members from the group also distributed thousands of fliers across the state promoting the message of peace, loyalty and sanctity of life.

Established firmly on a foundation built upon service to humanity and love to mankind, Muslim youth from across Minnesota and the nation gathered for a weekend to renew our pledge to continue to spread goodness, “for the sake of my country, faith and nation.” On we march, and as we become better Muslims and Americans at the same time, Godspeed, “Muslimericans.”