Sinaan A. Younus, a sixth grade student at Perry Hall Middle School, submitted the following as a letter to the editor. 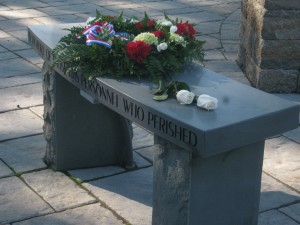 9/11 Memorial—a monument or a tourist attraction?

As an 11-year-old, I was both touched and shocked to visit the 9/11 Memorial earlier this year.

I was touched to see how we, as a country, have honored the people who lost their lives on that terrible day. But I was shocked because there were few solemn faces, few signs of sadness. Many people were saying, “Smile to the camera everybody, and say cheese!” Seeing these people saddened me; did they not know how to act at a memorial?

On Sept. 11, thousands of people visited the 9/11 Memorial. I hope all of them showed respect to the victims of 9/11. Because if they don’t, then the 9/11 Memorial isn’t a memorial; it’s simply another tourist attraction.

Sinaan Younus, a sixth grade student at Perry Hall Middle School, is the youngest writer of the Muslim Writers Guild of America to publish in a major American newspaper. He has published in the Baltimore Sun and Perry Hall Patch. He enjoys playing sports and leisure reading in his free time.