Embassy murders are a shame to Islam 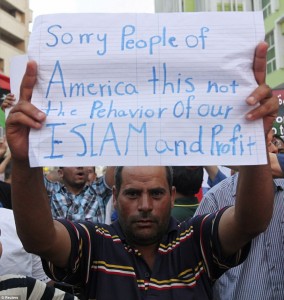 The murder of U.S. Ambassador to Libya J. Christopher Stevens is an abhorrent and inexcusable crime.

Murder has no place in Islam. Nowhere in the Quran is anyone permitted to harm, riot or kill anyone for speaking against Islam or Prophet Muhammad. The very actions the rioters took violate the example set by Prophet Muhammad.

As a Muslim-American and member of the Ahmadiyya Muslim Community USA, I strongly condemn the actions of the rioters in Libya and Egypt. Their actions do not reflect the teachings of Islam and cause disrespect to Prophet Muhammad more than any Geert Wilders film ever could.

Azhar Hussain is currently pursuing his Juris Doctorate at Hofstra University School of Law and received a BA in History from Texas Tech University. He is an assistant director of humanitarian services for MKA USA, the leading Muslim Youth organization in America. He has been extensively published in national publications such as the New York Times, New York Post, Dallas Morning News, Washington Times etc. He is an award-winning member of the Muslim Writers Guild of America.

Violence not the best response to libelous film

Embassy murders are a shame to Islam

Shock and surprise over Rice arrest