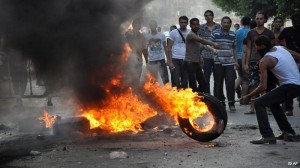 Eleven years after the most horrific terrorist event of our generation shook us to our core, the long shadow of 9/11 still casts a terrible pall on the world. Recent events have shown how fringe elements, such as a film producer looking to libel a religion, can rile up misguided and extremist mobs in Egypt, Libya and elsewhere.

The work of slanderers and their abuse of the freedom of speech are truly regrettable. But here, as a Muslim, I would like to speak to Muslims.

As a Muslim, I can fully understand how Muslims are profoundly hurt when such libel is thrown at the prophet whom we consider to be the greatest human being who ever lived and the most beloved of God Almighty.

However, as we are instructed in the holy Quran, we have an obligation to follow his example (known as “The Sunnah”). No Muslim today, no matter how many movies full of the worst libel are made, will have to bear and persevere the way prophet Muhammad had to.

A complete study of the life of the prophet will easily reveal that he never felt he had to respond with any indignity against his own kin and people who relentlessly mocked, slandered and persecuted him.

For several years, he and his followers faced intense persecution, which included social and economic boycott.

Before being forced to migrate, he lost his beloved wife, Khadijah, who suffered terribly in his cause. In a well-known narration of his life’s incidents, a woman of Mecca repeatedly threw garbage at him when he passed by her house on his way home.

He long endured as a target of hatred and rancor. The Quran itself testifies that he was mocked and called a liar and imposter.

By his own account, he mentioned that one of the worst days of his life was when he requested to be permitted to enter the town of Taif and preach there. The elders of Taif let loose their children upon him, who stoned Muhammad out of the town.

The incident had him soaking in blood from injuries. There was even a conspiracy to murder him.

Yet Muhammad, even after his ascension to political power and his conquest of Mecca, never exacted revenge on those who had abused and slandered him when he was weak and powerless.

Given his profound wisdom, he would have understood better than anyone that those who cower to such acts are themselves weak and pathetic. To respond with violence or any forceful means would be to stoop to their level.

He chose to respond by building a great following and weaving a moral, philosophical and intellectual revolution that propelled Arabs to the pinnacle of civilization.

In fact, with his patience and perseverance, and by his compassion in the face of humiliation, he managed to win over the hearts of some of his foes, who later became great supporters of his.

Muslims must realize that rioting in streets, causing vandalism and propagating violence does not honor the prophet, nor does it follow his example. It aligns one more with the very fringe elements that abused him.

While not condoning the acts of those who wish to express their hatred publicly in the media, Muslim youth in Egypt, Libya and elsewhere would do well to shun the incitements of misguided and extremist clerics and actually follow the example of the holy prophet with dignity and patience.

There can be no better or more powerful a response to a slanderer.

Amer Aziz is a Santa Clarita resident and a member of the Muslim Writers Guild of America.