Freedom of speech and sanctity of life must both prevail 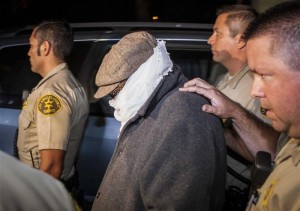 It’s not about a clash of ideologies or a clash of civilizations; it is a clash between two groups of idiots.

An Israeli spokesman characterized the alleged filmmaker as “an unspeakable idiot.” Sen. Dianne Feinstein (D-Calif.) described the video as “stupid,” “inaccurate” and “provocative.” It only provided a lame excuse to the other group of idiots to respond with barbarism and take innocent lives.

As an American Muslim, my heart goes out to Ambassador J. Christopher Stevens and his three staff members who became the innocent victims of this clash.

Let freedom of speech and sanctity of human life both prevail. Protecting one at the cost of the other is neither American nor Islamic.

Haris Raja received his MBA from University of Maryland College Park, and now works as Senior System Engineer at Cisco Systems. He serves as National Director for Walk for Humanity USA, an initiative of the Ahmadiyya Muslim Youth Association to raise awareness for and combat hunger in America.

True jihad is a struggle with our inner anger

We Must Realize our Rights and Responsibilities

Freedom of speech and sanctity of life must both prevail

Double standard in who is called a ‘terrorist’