Originally Published in The Eagle. 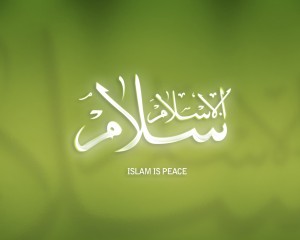 I am an American, born and raised in Texas. I have grown up singing The Star Spangled Banner, Texas Our Texas and pledging allegiance to the flag

I am also a member of the Ahmadiyya Muslim Community, the oldest Islamic organization in the U.S.A., and the only Muslim group unified by a single leader, the Khalifa. I write in regards to the most recent addition to an already disturbing narrative that pains both my inner patriot and my inner Muslim.

The film created by Nakoula Basseley Nakoula, Innocence of Muslims, has taken the world’s attention by storm. Its ill-conceived and misrepresented portrayal of Prophet Muhammad saddened my heart. What pained me more, however, was the reaction of those who claim to be my brothers in faith, resulting in the death of our fellow Americans.

I would like to reassure America that Islam in no way approves of such violence. The individuals involved in such heinous acts are mostly the uneducated masses who are influenced by even lesser-educated religious fanatics. Islam teaches that the killing of even a single person is akin to killing all of humanity, and this is reflected in God’s punishment.

The actions of these extremist elements seems to cause people to forget the Islam of Muhammad Ali, the Islam of Hakeem Olajuwan, the Islam of Nobel prize-winner Abdus Salam, and the Islam of International Court of Justice judge Chaudhry Sir Muhammad Zafarullah Khan.

Islam protects the right of free speech and suppressing anyone’s right of expression is a slippery slope leading to social decay.

The creator of this film, however, must be held responsible for his irresponsible and deceitful actions.

Anti-Muslim activist Steve Klein, a script consultant for the movie, said the idea of the movie was to make a film that would reveal “facts, evidence and proof” about Muhammad. Where are the facts? Where is the evidence, the proof?

The reaction of Muslims around the world is the exact reaction this film was intended to incite and unfortunately, uneducated Muslims fell into this trap. The producer of the film knew full well what he was about to initiate.

Muslims around the world who committed violent crimes indeed deserve to be brought to justice, but the creator of the film cannot be freed from blame either. He purposefully lit the flames of this fire, fully expecting to take advantage of the reaction that would ensue.

As an American, I also want to reach out to any hurting and upset Muslims. This film is the work of a hateful and criminal mind. It in no way is representative of Christianity, or America.

This man was one bad fish in a sea of beautiful people I work and play with on a daily basis.

It is our responsibility as educated Muslims to understand this and be leaders in mutual peace and tolerance. This is the message of Islam.

My parents came to this country for religious freedom and tolerance. I am blessed they made this choice as I live in the greatest country in the world. My beliefs, the beliefs of Islam, and the beliefs of this great country are all close to my heart.

For those who have seen the film and need to verify any of its propositions, I would urge you to visit any good website such as alislam.org or read a good book on the life of Prophet Muhammad.

I would like to end with a call to all fellow Americans:If you have seen the video, or have heard about it, please make an effort to condemn it, learn about the real Islam, and spread the word that uneducated fanatical Muslims are not the true representatives of Islam.

In the words of Albert Einstein, “The world will not be destroyed by those who do evil, but by those who watch them without doing anything.”

Thanks and Gig ‘em
•Hassan Mahmood is a student at Texas A&M University. His email is [email protected]

Hassan Mahmood is a student at Texas A&M University. His email is [email protected]