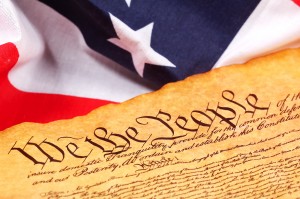 My 10-year-old sister published her first Letter to the Editor in The Columbus Dispatch — with the help of her big brother, of course. She had innocently expressed her dismay at the unbecoming conduct of some Disney Channel stars who were supposed to be her role models. She gazed in awe as I pulled up the letter online and began reading the comments to her letter. Unfortunately, my sister’s first encounter with freedom of speech took a sharp turn. She was taken aback and vowed to never write again when she read a comment that began with the words, “Stupid little girl . . . .”

So began my daunting task of trying to explain to a 10-year-old that freedom of speech meant that people had the right to comment however they wanted on her letter. She didn’t agree. She said that people could disagree with her all they want, but they don’t have to call her names! And she was right. As trivial as it may seem, the commentator could just have easily expressed disagreement without throwing in an insult.

The world faces a similar ordeal today because we have taken freedom of speech to be something that is completely free. Far from it: This liberty has proven to be very costly. An “innocent” exercise of freedom of speech titled “The Innocence of Muslims” hurled insults at the Prophet of Islam. But such a provocative use of the freedom of speech demanded a payment in return — our ambassador to Libya, J. Christopher Stevens.

Thomas Jefferson would have looked upon this unfortunate outcome and argued that “the tree of Liberty must be refreshed by the blood of patriots and tyrants.” Ambassador Stevens, a devout American patriot, was a necessary sacrificial lamb upon the altar of liberty, an unsuspecting martyr for our freedom of speech. And while the producers of this movie sleep comfortably in their beds, American embassies are attacked throughout the world in response to their provocation.

Not fair? Absolutely not. Jefferson did not mean for Americans to abuse their liberties, thereby endangering the lives of their fellow citizens. He did not mean that the preservation of our freedoms survive at the cost of the lives of others. He merely meant that we must be ready to die for this cause. Yet the creators of this film sit comfortably behind their screens and scripts all while actively endangering the lives of our troops and delegates abroad.

I do not condone the savage behavior of those who attacked the embassies. It is with a heavy heart that, again, Muslims condemn the extremists who wrongfully act in the name of Islam. The voice of the true Islam denounces their barbaric tactics through the words of the fourth Khalifa of the Ahmadiyya Muslim Community, Mirza Tahir Ahmad, who claimed that, “Swords can win territories, but not hearts. Force can bend heads, but not minds.” If Muslims seek to change the perception that the West holds about the Prophet of Islam, then they must do so without coercion. Such a concept is inherent in Islam and can be traced back to the fourth Khalifa of Islam, Ali, who stated that, “The ink of a scholar is worth a thousand times more than the blood of a martyr.”

What a beautiful interpretation of the true use of the freedom of speech. It is not used as a tool to hurt, but to enlighten. The West can challenge Islam through explanation rather than taunt, and Muslims must defend with a keyboard rather than a burning flag.