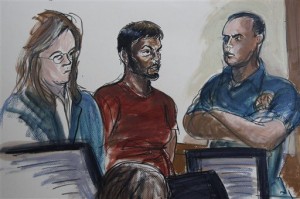 As an American Muslim, I strongly condemn Quazi Mohammad Rezwanul Ahsan Nafis’ attempt to blow up the Federal Reserve Bank of New York. He claims that he was inspired by Osama bin Laden’s teachings.

While the Quran instructs Muslims not to create disorder in the earth, Nafis planned to “destroy America” and take innocent lives, including those of women and children. By preferring to follow bin Laden’s ideology rather than the Quranic instructions, Nafis has clearly indicated that he is not a true Muslim.