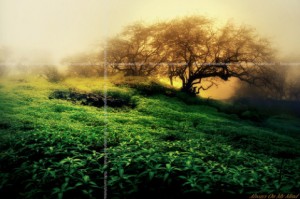 Dreams, they are an uncertain yet intriguing dimension. The question is, however, are they simply insignificant ramblings of our own incoherent thoughts lying, apparently, dormant in our subconscious, or are they secret eye-opening communications from unseen worlds that we merely just don’t understand? Maybe both, but who’s really to say? Does the answer lie with a psychiatrist or psychologist? Sure, if you thirst only for one side of the story. Try walking with only one leg? It’s a lot harder than employing both! In fact, the true elucidation is found through none other than our helping Creator, “the Source and Knower of the unseen and the seen, the hidden and the evident” (Quran Ch. The Isolation 59:23).

How do I know you ask, well don’t just take my word for it, read about its bold recordings and profound meanings from countless Holy Scriptures spanning virtually every spiritual discipline. Take your pick from the following; Old Testament, Gospels, Quran, Vedas, Zend Avesta, Five Books of Confucius, Native American spiritual archives, Aborigines’ sacred texts, and the exhaustive list goes on.

At least we’ve figured this out so far; they’re not illusory, most of the time at least. Perhaps God’s noble Apostle from Arabia, known as Muhammad (p.b.u.h.), manifested it best when he said, “Dreams/visions are of three types; good righteous dreams from Almighty God, bad dreams that cause sadness from Satan, and confused dreams from one’s own self” (Muslim, one of the six most authentic books of Hadith or oral tradition of Prophet Muhammad (p.b.u.h)).  Decipher your dreams through a trustworthy, knowledgeable and spiritually minded devotee of God who has strong grounds also in human psyche. But where do we find such a one? Look no further, just contact the author of this article. Although I don’t claim to fit the aforementioned bill, I am familiar with and experienced in the art, by God’s grace.

Anyway, let’s divert and dive into the multifaceted fabric of uncontrollable visions. I say uncontrollable because most of the time we have little to no jurisdiction amidst that perplexing kingdom. When do we see such vivid spectacles? We see them during a state of deep or partial sleep whose definition is accurately defined in Merriam-Webster Dictionary as “rest afforded by a suspension of voluntary bodily functions and the natural suspension, complete or partial, of consciousness; cease being awake”. Whether we’re half dead at night, slumbering during the day or suddenly dozing off into a state of trance while yet being, allegedly, conscious, we do, after all, see something beyond this material existence. This observation in itself should serve enough proof for the existence of, at least, a higher power beyond our own. Fascinating isn’t it?

Some of these experiences can be enhanced even slightly controlled via our five senses and their interactions during the day. But I won’t immerse any further into this abysmal aspect, at least not right now.

We might all be familiar with the Biblical and legendarily handsome Israelite Joseph son of Jacob, grandson of Isaac, and great grandson of the Patriarch Abraham (or Brahma in Hinduism), peace is upon them all as they were chosen elects of our God. What a blessed figure indeed, inside and out! We might uncover the science behind dreams through his powerful chronicle. We see that the whole of his story revolves around assumedly frivolous but flamboyant dreams, especially one pivotal dream that he saw in his tender youth regarding the sun, moon and stars making obeisance to him, and how it materialized. Other key dreams included Pharaoh’s nightmare, and the unusual dreams of the two servants of Pharaoh who were imprisoned in the same cell as Joseph by Divine design. Interestingly enough, Joseph is also known for his God-given ability to interpret dreams. See a repetitive theme here? The peripheral origin of these dreams and even the degree of righteousness of the seers are irrespective of the indispensable moral. Which is that dreams covertly play vital roles in our physical lives whether we are believers in God or not, because “God believes in us” and It is the essential Origin, as is clearly recognized in the Holy Quran (keep reading to find out where).

I would like to close with a very intriguing verse in the Holy Quran about this subject, that is, sleeping and dreaming, which reads, “God is the One Who takes the souls at the time of their death, and also when they are not dead but in a state of sleep. So the souls that God keeps die (in this world), and others God sends back until their appointed time. Surely in this are signs for those who would reflect” (Ch. The Assembly 39:43). So, our souls literally go on a journey when we sleep? Actually yes, but try not to think of it in terms of time and space, rather penetrate those limitations and comprehend the most vast of dimensions; spirituality. Here, not only do you traverse diverse domains (some known and others unknown) but jump from one time to another (again, some known and others unknown), but only with consent. That is why God tells us in the Quranic verse quoted at the beginning of this article that God “…sends a messenger (most often an Angel) that renews life with permitted disclosures of whatever God wills. Surely God alone is the Most High, the Wisest”. So, the next time you aspire to do something you have or haven’t done, go somewhere you have or haven’t been whether back in time or to the future, just ask the One who is the Master and Controller of all these things. But always remember to keep it clean and ask nicely!

“And it is not for a human recipient of  knowledge from the unseen to hear/bear the direct words or special voice of God itself except through (1) secret and rapid inspiration/revelation/signs or (2) from behind a veil/curtain (i.e. dreams and visions) or (3) the sending of a messenger (usually an Angel) who renews life with permitted disclosures/instructions of whatever God wills. Surely God alone is the Highest, the Wisest.” (Quran, Ch. The Mutual Consultation 42:52)