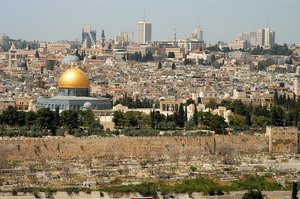 Take, for example, the relentless chaos in the Middle East between Israel and Gaza. Naturally, we empathize witnessing the barbaric bloodshed and abiding destruction from the comfort of our homes, but who’s actually doing something about it? But, what can we do you ask? I’ll let you figure that out. Nevertheless, As a Muslim Ahmaderican (Ahmadi – American) who believes in both Messiahs, Jesus and Ahmad (p.b.u.t), I urge my dear compatriots not to rally biasedly against Israel or Palestine encouraging hate and bringing the unrest home. Rally, rather, against fighting itself! I beg you to stop the futile brawling by seeking relief through “gentle patience and heartfelt prayers” (Quran 2:46). We would live in a far better world If only we would discharge my community’s enlightening formula; “Love for all, hatred for none”.

By the way, do you know what month we’re in? November, of course, but we’re also in the Jewish month of Kislev and the Islamic month of Muharram. In November Americans celebrate Thanksgiving on the fourth Thursday. The Jewish month Kislev from Hebrew means “thickened” and “positive hope”. Muharram from Arabic means “unlawful” because fighting is prohibited as it is one of the four sacred months in Islam.

Mixing these diverse meanings together we concoct a shared ethos especially vibrant in this time of year; let’s express true thanks through sanctifying righteous hope, the hope that loathe between siblings under God will end at last!