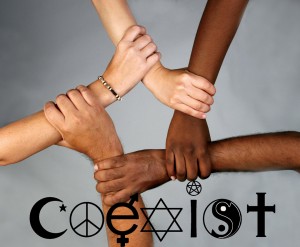 In wake of the Taliban’s attempt on Malala Yusufzai, Pakistani journalist Kunwar Khuldune Shahid wrote an article in Pakistan Today. It was nothing short of a diatribe on ideology and conduct propagated against religion but Islam in particular. Mr. Shahid’s reaction is immature and underwritten by emotion. It is thus important to take a measured perspective.

No doubt people have waged wars in the name of religion. Bloody Extremists and Crusaders grab the headlines, leading us to believe that religious doctrine is inherently intolerant. A silent shifting of the sands of time, however, reveals where progress and civilization are truly rooted—religion. Religion is the cradle of civilization– forming the cornerstone of just about every great civilization in history. In contrast, the 20th century Communist regime that officially sought to abolish religion saw a quick and indecorous end.

Throughout Islamic history, scientific endeavors have consistently emanated from religion. The Quran’s revelations of creation inspired the early Muslims. Ibne Al-Haytham, a 10th century devout Muslim, was renowned for his study of the optical sciences. He is credited with crafting the method of scientific discovery that continues to this day. Others of his ilk, like the great Ibne Sina, originated scientific advancement in Mathematics, Cosmology, Medicine, and Architecture. A thousand years before the Wright brothers, Ibn Firnas invented and demonstrated a working flying machine.

In a great service to civilization, Muslim scribes endeavoring to create a world-knowledge depository in Arabic, translated the writings of the great Greek philosophers before their destruction at the hands of barbarians. Once Europe emerged from the middle ages—substantively due to knowlede acquired from Muslims—Christian scientists picked up the mantle of physics, electronics, engineering, and modern technology. Einstein once spoke of his inspiration: “I want to know how God created the universe.  And: Science without religion is lame.” Sir Isaac Newton said: “No science is better attested than the religion of the Bible.” And the late Muslim Nobel laureate, Dr. Abdus Salaam, whose work laid the foundation for the discovery of the Higgs-Boson or ‘God’ particle, said that he found guidance for his work in the Holy Qur’an.

Religion has also endowed humanity with the order of law and regulation that great civilizations are built upon. Moral code per holy writ makes up the laws of our legal systems. Regulation, in spiritual life and in social discourse, leads to a functional and progressive society. The United States Supreme Court honors prophets Moses, Solomon, and Muhammad among others as some of the greatest law-givers and administrators of justice in history. Published in Correspondence Napoleon in 1861, Napoleon states that he hopes someday the wise and the educated of the world will unite under the principles of the Holy Quran.

A wholesome study of Prophet Muhammad’s life reveals that fanatics—such as the Taliban, Hamas, or Al Qaeda—have nothing to do with him. He never responded with indignity against those who relentlessly mocked, slandered, and persecuted him. Even after his conquest of Mecca, Muhammad never exacted revenge on those who previously abused and slandered him. Instead, he graciously wove a moral and intellectual revolution that propelled the Arabs to the pinnacle of ancient civilizations.

Because religion encompasses many dimensions of life and society, it remaines open to miscarriage for political gain and power. The fact is, however, that religion itself addresses those who abuse and subvert its teachings.  In Matthew 7:21-23, Jesus, in prophecy of the acts of some of his proclaimed followers, casts them away from himself. And, in renowned prophecy, Muhammad calls the Islamic scholars of the latter-days, ‘the worst of creatures under the firmament’.

Therefore, rather than ridicule religion, Mr. Shahid should recognize its vast contribution to humanity–past, present, and future. Put the blame where it lies–on extremists abusing religion, not on religion itself. Such would be the mature thing to do.

Amer Aziz is a member of the Muslim Writers Guild of America. He lives in Los Angeles, California where he writes about Islam and religion. He can be reached at [email protected]