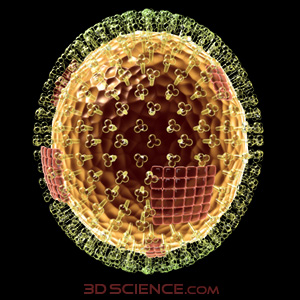 Let me guess: A flu-like illness afflicted you or someone you know in the past two weeks.

What else would you expect? CDC is now reportingwidespread Influenza (flu) activity in more than 41 states. Since the virus infects blacks and whites, gays and straight, Christians and Muslims — indiscriminately — it kills thousands of Americans every year. Sadly, we, the people of faith, continue to discriminate.

Two years ago, I called a Christian friend and asked: Would the members of your church like to receive free flu shots? Thrilled with the offer — as I am an infectious disease expert — she confirmed with her pastor and invited me to the church that weekend.

But something happened when the pastor saw me. He did not announce the free service. As the service ended, I witnessed a mass exodus from the congregation as if I was there to spread the virus, not the vaccine.

Perplexed, I introduced myself to the pastor and asked why he didn’t make the announcement. He went from rosy excuses like, “I didn’t have enough lead time” to “I didn’t know you” to the real thorny question: “What faith background do you belong to?”

“I am a Muslim.” As I proudly responded, I could almost hear the chilled vaccine murmuring, “but I am faith-neutral.”

The virus was united, but we humans were divided along religious lines.

It felt like my Muslim appearance — which I am proud of — trumped my professional accomplishments as a respected physician. So I left the pastor with five easy ways to contact me and said, “You would not hurt my feelings by declining the offer. But please contact me within a week as flu is around the corner. I could use this vaccine elsewhere.”

More than 100 weeks have passed. He never called.

I have passionately provided free flu shots for over a decade. Mosques, churches, homeless shelters, private schools, you name it. For many, the sweetness of “free” mitigates the soreness of the needle.

My philanthropic passion stems from my faith: Islam. Our Ahmadiyya Muslim Community’s Youth group has cleaned more than 50 highways nationwide under the “Adopt-a-Highway” program, raised more than 2,000 units of blood, fed more than 60,000 people, and logged more than 30,000 man-hours in community service. So when people ask us, “Where are the moderate Muslims?” We say, “Where have you been?”

Just as raising 2,000 units of blood could potentially save 6,000 American lives, providing free flu shots could also save thousands of lives. Remember, flu’s annual death toll ranges between 3,000 and 49,000 people, depending upon the viral strain.

But one odd example of human weakness is not enough for us to add “Muslim doctor” to the list of allergies to a flu shot. Not just yet.

The American in me thought of my non-Muslim friends who have supported me in this growing Islamophobic atmosphere. I thought of my secretary who prayed for my safe return when I was leaving for a vacation in Pakistan. I thought of my Christian friend who traveled with me to Wisconsin to attend a Muslim youth retreat. I thought of pastors who have invited me to talk to their congregations to build interfaith harmony. Aren’t most Americans magnanimous people?

And the Muslim in me, who simply wanted to help the needy, was not dejected either. Prophet Muhammad taught, “Deeds are judged by motives.” In Islam, intentions are rewarded even more than the actions. Cleaning dishes in a soup kitchen is worthless if the intention is a photo-op.

So after waiting for a couple of weeks, I moved on. The ruthless flu virus was not going to screen Americans for their faith before attacking. I gave the flu shots to the worshipers at Bait-ur-Rehman mosque located in Silver Springs, Md. Free of charge. Free of expectation. Free of faith.

Faith leaders must unite to combat a virus which follows a strict non-discrimination policy. Thus, I will continue to reach out to soup kitchens, churches and synagogues only as a part of my civic duty.

This year’s supply went to the victims of Hurricane Sandy. But if your congregation is interested in faith neutral, free flu shots next year, please let me know. Supplies are limited.