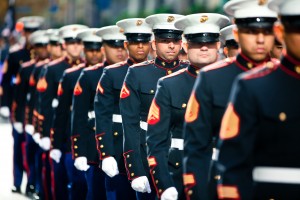 One might think that being American and being a Muslim are diverging paths that never cross. The reality is that my faith and my loyalty to my country repeatedly converge paths. I find the basis of this claim in the words of Prophet Muhammad, who stated, “Love of one’s homeland is a part of faith.” Thus, it is my duty as both an American and Muslim to honor those veterans who served our country.

Furthermore, my Muslim youth group, MKA, the leading Muslim American youth association, and its members vow to always sacrifice our “lives, wealth, time and honor for the sake of our faith, country and nation.” As a Muslim American, I simply wish to thank and commemorate the brave veterans who sacrificed their lives to obtain justice and freedom for all. All in all, Veteran’s Day is a reminder of both my loyalty to my country and adherence to my faith.

Zakria is an active member of the Muslim Writers Guild of America. He lives in Chicago and attends Benedictine University.

Thanks, veterans, for protecting our freedom