Originally published in On Faith 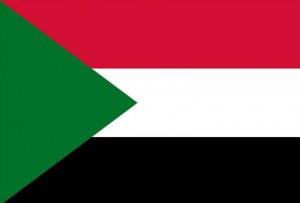 Mariam Yahya Ibrahim Ishag is a 27-year-old woman in Sudan who has been sentenced to the death penalty for the charge of apostasy based on the allegation that she was born a Muslim but has embraced Christianity and then married a Christian man. The Sudanese Alhag Yousif Criminal Court had given her until Thursday to not only recant her belief in Christianity but also abandon her husband, for they call it a criminal act for Mariam to be married to a Christian man. Since she refused to do so, the judge sentenced her to receive 100 lashes for adultery (the court does not recognize her marriage to the Christian man) and to then be hanged to death.

The government of Sudan claims that Mariam is a Muslim because her father is a Muslim. They ignore the fact that her father left the family when she was only six-years-old, leaving her Christian mother to raise Mariam as a Christian her entire life. She is currently pregnant, expecting her second child with her husband (a United States citizen), and it is reported that their first child (a 20-month-old son) is also detained in prison with her.

As a human of conscience, I see this as a clear violation of fundamental human rights. Moreover, as an Ahmadi Muslim, I find the actions of Sudan’s government incredibly disturbing. They claim not only to be administering Shariah Law that is allegedly a 100% Islamic constitution, but also that “it is not allowed at all for a Muslim to change his religion.”

In Demystifying Islam: Tackling the Tough Questions, I dedicate an entire chapter to explaining Shariah and another chapter to tackling the question of religious freedom and the supposed punishment of death for apostasy. A close study of Islam and its scripture reveals that Islam neither prescribes religion to be legislated nor prescribes any punishment for apostasy.

But in many Muslim-majority countries, apostasy is considered a crime punishable by the state, endorsing the view that Islam calls for death of any Muslim who renounces his or her faith. A growing number of Muslims, however, reject this belief on the basis of Islam, arguing there is no Islamic punishment prescribed for one who renounces their faith. This is because the concept of killing a person for choosing a different faith is, in fact, a violation of the teachings of Islam. Simply put, Islam does not prohibit freedom of conscience and religion and does not prescribe punishments for matters such as apostasy.

Many, however, attempt to twist and reinterpret verses from the Quran to justify the act of killing one who chose disbelief over belief, even though the verses of the Quran actually protect it from such allegations. The most fundamental of these verses is the commandment given by God to the Prophet Muhammad when he became the head of state in Medina: “There is no compulsion in religion. Surely, the right way has become distinct from error.” So God instructs Muhammad that in his position of temporal authority, he cannot compel people in matters of religion. The verse argues that there is enough evidence provided to the people to follow the right way, and thus no force can be applied.

So what about those who do not recognize this “right away” and choose to disbelieve in Islam? Well, God instructs Muhammad in the Quran that he is only responsible for guiding and counseling people but cannot sit over them, ensuring they remain believers: “Admonish, therefore, for thou art but an admonisher; Thou art not appointed a keeper over them.” Elsewhere in the Quran, God tells Muhammad, “We have not made thee a keeper over them, nor art thou over them a guardian.” This is repeated again: “Whoever follows guidance, follows it only for the good of his own soul; and as to him who goes astray, say, ‘I am only a Warner.’”

Thus, religion is left as a personal matter, and no opportunity is provided to punish those who turn away.

If our dear Prophet Muhammad was not authorized to compel anyone to believe nor to police Muslims in the practice of Islam, who is the government of Sudan to do so? Certainly, we would believe that consciously rejecting God’s commandments and religion would be a sin, but any punishment for doing so remains in God’s realm. No human has been vested the authority to take God’s place. After all, God has also stated in the Quran that His mercy encompasses all.

So make no mistake: there is no legal or religious justification to confine this poor young mother behind bars. I call on the government of Sudan to do what Prophet Muhammad would expect of them, which is to live up to the Islamic dictates of justice and fairness by immediately releasing Mariam and clearing her of all charges.