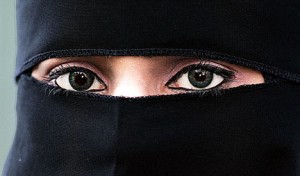 Part of the feedback on my April 6th opinion editorial, “Quran forbids men from hurting wives,” indicates a mistaken inference by some that the Holy Quran gives a husband the right to control his wife, making them unequal partners in marriage. While empathizing with those who felt that way, I would like to clarify that the Holy Quran does not allow men to control or abuse women, even in the worst possible conflicts.
In order to describe the worst possible conflicts between a husband and his wife, I used the words ‘disobedience’ and ‘rebellious attitude’ of women, which can partly be blamed for the confusion. The Arabic word ‘nashuz’ used in the quoted Quranic verse does not mean a simple act of disobedience, rather it implies a clear deviation from the expected conduct of a partner posing a tangible threat to the marriage or family integrity, e.g., having an extra marital affair or losing the family’s life savings in a poker game. When a man finds his wife committing such an act, he is likely to become angry. It is for these situations that the Holy Quran advises the man to restrain his anger and try his best to reconcile by first using dialogue followed by a temporary separation from his wife, giving her a chance to fearlessly think over her options before making a final decision of divorce.
Depending upon the gravity of the matter and willingness of both the husband and wife to compromise, some conflicts can be resolved via dialogue and some during the period of separation, giving them a chance to start over. With this fresh start, the husband is obligated to follow the due process again, even if his wife repeats the same mistake.
By no means am I implying that men don’t cheat or gamble away life savings. Perhaps they overdo women in such evils. However, the Holy Quran does not burden women to follow any formal process to part ways from such evil doing husbands. While a Muslim man must have a reason and follow the due process to divorce his wife, a Muslim woman has a right to seek divorce at her discretion with or without any reason.
The apparent disparity in conflict resolution favors women in the Islamic institution of marriage.  Otherwise, in everyday matters, the Holy Quran gives husband and wife equitable rights but different roles, making the husband the provider of the family and wife the homemaker, without giving any superiority to one over the other.
The illusion of men’s superiority prevailed when humans lived in caves and men brought home food while women remained busy in mundane chores. In the civilized world, where providing for families requires much more than bringing home food, and colleges offer graduate degrees in homemaking or related fields, if men continue to command superiority following primitive social and cultural norms, then perhaps we have not gotten out of the caves yet.
We can claim to be civilized, only if men lend a hand in household chores even if they are burdened with the responsibility of being the sole providers, and women are free to either enjoy being homemakers or pursue any career of their choice with equitable income. The real worth of a man or a woman should not be gauged by the titles of their roles or the sizes of their paychecks, but by the energy and wisdom he or she invests in nurturing the relationships at home, supporting the company’s mission at work, and benefitting the community at large.
Coming back to the Islamic concept of marriage equality, let me sum up with a Quranic injunction, “they (women) are a garment for you and you (men) are a garment for them’. Just like a garment, both husband and wife are equally obligated to not only make each other look good but also provide physical, emotional, and social comfort as well as protection. Any other practice, whether prevailing in a Muslim country or in the western world, will not only be un-Islamic but also uncivilized.
A Ahmadiyya embraces Equality featured follow-up gender human Islam oped rights Women
FacebookTwitterRedditEmailLinkedInWhatsApp