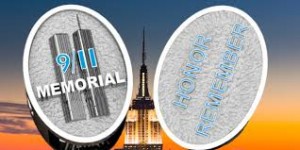 On May 21, the National September 11 Memorial and Museum in New York is scheduled to release “The Rise of Al Qaeda,” a seven-minute film telling the story of the attacks. Full disclosure: I have not watched the film.

But last week, The New York Times reported how American Muslims were concerned that the film uses words such as “Islamist” and “jihadist,” leaving some viewers with an impression that Islam promotes extremism. And that is troubling for a practicing Muslim like myself.

Here’s why the 9/11 museum should drop these terms from the film.

An implied association of Islam with the heinous attacks of 9/11 maligns the faith of the world’s 1.5 billion Muslims. If “Islamist” means one’s admiration for the values of an Islamic system of governance, it would make the founder of Islam and his companions Islamists of the highest order. And it would make me one, too, since I cherish equality and justice as values championed by Islam. “Jihad” as an inner struggle would make me a jihadist every time I get up at night to take my toddler to the bathroom. So nuanced are these terms that even Muslim scholars disagree on their interpretation. And you want me to believe that the museum visitors will not walk away associating Islam with extremism?

The KKK, Army of God and Phineas Priesthood all draw inspiration from twisting Christian texts, yet no one calls them “Christianists.” No museum film tells the story of the — shall I say Christian? — roots of the 1995 Oklahoma City bombing or the 1996 Olympic Park bombing in Atlanta. No one coined a term “Hinduist” for Narendra Modi, the front-runner of Indian elections, who never disputed his ties with Sangh Parivar, a Hindu political ideology.

That the word “Islamist” has become an undercover slur in America is no secret. If you don’t want to say “these angry savages, hell-bent on enforcing Shariah law in America,” just use the shorthand “Islamists.” Acknowledging this fact in 2013, The Associated Press cautioned journalists not to use it as a synonym for Islamic fighters or extremists. And it’s not just the American Muslim groups that are concerned about the use of “Islamist” and “jihadist” in the 9/11 museum film; Jews, Christians and families of the 9/11 victims have all expressed concerns about how and why it’s used.

“The Rise of Al Qaeda” reminds us that the roots of whether we heal or hurt often lie deep in the words we use. When politicians, televangelists and media tycoons repeatedly use such terms in voiceovers with a video of the falling World Trade Center towers, it incites people. Starting after the 9/11 attacks in 2001, the Southern Poverty Law Center reported an average of 180 anti-Muslim hate crimes — annually — through 2008. Heck, even Hindus and Sikhs have paid the price of being Muslim look-alikes.

The current use of the word “Islamist” creates an aggressor/victim paradigm, in which the aggressor is always the Muslim and victims are always non-Muslims. American Muslims constitute approximately 1 percent of the nation’s population, while accounting for about 2 percent of the 9/11 victims (about 60 of nearly 3,000 killed were Muslims). If the film must describe the religion of the hijackers, why should it be silent about the same religion of Mohammad Salman Hamdani, a Muslim cadet with the New York Police Department who died in the attacks and was initially suspected as one of the perpetrators?

“If we don’t use the word Islamist to describe the al-Qaida in Afghanistan, Taliban in Pakistan and the Muslim Brotherhood in Egypt, then what should we call these fanatics?” you ask. That’s not hard to answer: Call them al-Qaida fanatics, Taliban lunatics or Muslim Brotherhood extremists. Use the worst word in the dictionary since such groups violate the universal human rights; just don’t associate my faith with their actions.