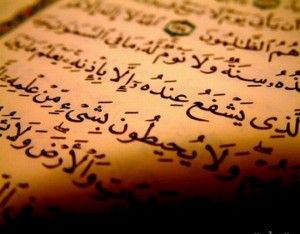 Last week, I read with great interest Herb Silverman’s column describing six events that led him to believe that “Islam is the worst and most dangerous religion by all human rights standards.” Although I believe Islamophobia to be a real phenomenon, I do not consider Mr. Silverman to be an Islamophobe.Rather, he brings up legitimate concerns with the actions, views, or words of different Muslims, but makes a mistake to impugn Islam and the Quran for the moral or intellectual failings of such people.

I will not defend the Muslims in Mr. Silverman’s six experiences — from their anti-Jewish sentiments to others’ reactions to free speech and views on women, Shariah, and apostasy. These are precisely the subjects I deal with in my new book, Demystifying Islam: Tackling the Tough Questions, which confronts the views and actions of many Muslims and condemns those views based on Islamic grounds. There are literally millions upon millions of Muslims in this world who agree with me that the Quran champions justice, equity, liberty, peace, and compassion. Although Mr. Silverman claims the Quran causes people to become intolerant, these Muslims accept the Quran in its entirety, which guides them to exemplify peace, tolerance, pluralism, and justice.

There is indeed a problem whereby some Muslims adhere to a hard-hearted and even, at times, dangerous ideology. I would never attempt to sanitize or dilute the atrocities of other Muslims. In fact, as an Ahmadi Muslim, I have intimate knowledge of the effects of such dangerous ideology. The Ahmadiyya Muslim Community is a peaceful sect of Islam who accepts that the long-awaited Messiah and Mahdi for whom the Muslims wait came 125 years ago. His message was simple: end religious wars, end violent Jihad, rely only on rational discourse through the pen to defend Islam and rid Muslims of the fanatical beliefs that had crept into their cultures over the centuries. Unsurprisingly, irrational Muslims have not taken kindly to such a message of reformation. Having witnessed intolerant behavior on the parts of other Muslims, I will add some experiences to Mr. Silverman’s list:

1. Around 1990, an article was published in the primary Sunni Muslim newsletter in Portland, Oregon calling not only for social boycotts, but also targeted murder of Ahmadi Muslims. Despite the rational, peaceful, and reformative message of Ahmadi Muslims, it claimed they “must be fought or killed if they do not repent to Allah.”

2. On May 28, 2010, terrorists armed with suicide vests indiscriminately opened fire inside two mosques operated by the Ahmadiyya Muslim Community in Lahore, Pakistan. Walking through the mosques, the terrorists fired their weapons every direction, killing 86 people and injuring more than 100 others.I lost family that day as well.

3. Just this week, an American Ahmadi Muslim, Dr. Mehdi Ali Qamar, was gunned down by extremists  two days after he arrived in Pakistan to offer free medical services to those in need. He was shot 11 times in front of his wife and 2-year-old son for the “crime” of being a member of the Ahmadiyya Muslim Community.

Sadly, the list goes on. But despite these cases of hate, a strong adherence to Islam makes other Muslims better, more tolerant, more compassionate people. Are we really going to believe that only the intolerant and dangerous Muslims accurately understand their faith, whereas the tolerant and peaceful Muslims do not? The Ahmadiyya Muslim Community alone is firmly established in more than 200 countries around the world, and we are not the only peaceful Muslims.

I cannot take anything away from Mr. Silverman’s personal experiences, but he draws regrettably simplistic conclusions.For example, he alleges that Brandeis University reversed their decision to award Ayaan Hirsi Ali an honorary degree simply for her “uncompromising anti-Islam views.” However, her honorary degree was not taken away for such benign reasons.Let’s be honest here.She doesn’t simply raise a voice against violent Muslims. She supports a Western conquest of Islam that results in the literal crushing of Islam and Muslims.Any question why an honorary degree would be revoked?

Regarding free speech, Mr. Silverman referred to the insulting cartoons of Prophet Muhammad as a form of war in Islam.Instead of validating extremists’ views, we should look into Islam’s commandments regarding speech.While it is true that some Muslims lose their minds in response to abusive expressions about Islam, it is also true that conflating words with war has been expressly condemned on Islamic grounds.I agree that Yusuf Islam’s comment about Salman Rushdie was appalling, and I was shocked when I learned of that.Of course, he has clarified his position on this matter and admitted: “I regret giving those sorts of responses now.” Regardless of his comments, Islam and the example of Prophet Muhammad testify that no punishment is prescribed for unseemly speech.

I genuinely request Mr. Silverman to read my new book, as I deal with these areas with honesty. This is not a ploy to sell books, Mr. Silverman. I would be happy to send you a complimentary copy. The root of the problem among Muslims is their literal and narrow interpretation of the Quran. I assure you that the solution is not to selectively accept Quranic commandments.Rather, the solution is to understand how to interpret its metaphoric language, and we have done just that.

You and I may not agree on the belief in God, but I hope we can agree how Islam is to be understood.