Originally Published in The Star Ledger 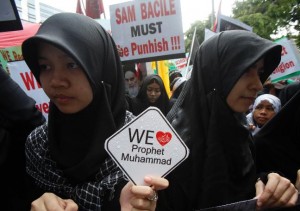 What was the aim of the movie “Innocence of Muslims” if not to hurt the feelings of more than 1 billion Muslims across the globe? The moviemaker not only succeeded in achieving this objective, he was indirectly responsible for the loss of innocent lives, including that of the U.S. ambassador to Libya.

That said, responding with violence is never the right answer. As a member of the Ahmadiyya Muslim Community, I strongly condemn any acts of violence committed in the name of religion. I urge Muslims to follow Quranic teachings and the examples from the life of Prophet Muhammad, who never hurt those who abused and insulted him. He prayed for them.

I understand that freedom of speech and expression is a valuable right. However, if this right is deliberately abused, knowing that it may threaten innocent lives and even lead to loss of a few, shouldn’t a line be drawn somewhere?