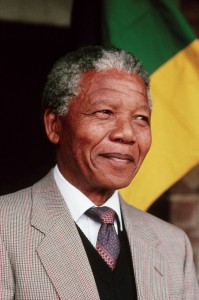 In 2000, I was an ignorant 18-year-old kid. Upon a visit to South Africa 13 years ago this month, I had no idea who Nelson Mandela was. One morning my father and I visited Robben Island. That day changed my life forever.

I learned of a man who has inspired billions, and changed the life of that 18-year-old that day in ways I never could have then imagined. I learned, and that has made all the difference.

i love mandela for all his greatness and sevivalness

Originally Published in The Washington Post As an American Muslim activist, I receive this question all too often: “America is about freedom, free speech, and democracy—why do Muslims hate us?” The question is not at all why they hate us, but why don’t we get it. Many of age Americans remember Sept. 11, 2001—a day we justly cried out for freedom, free speech, and democracy. Fewer, however...

Originally published in The Washington Times April 15 usually reminds me as an accountant of taxes, but this year I remembered the horrific events of the Boston Marathon tragedy, where Dzhokhar and Tamerlan Tsarnaev, claiming to be Muslims, mercilessly harmed more than 260 people. As a Muslim, I cannot understand how any Muslim could be so vicious. In his lifetime, the Prophet Muhammad showed...