The Ahmadiyya Muslim Youth Association held its national Meet A Muslim day this past Saturday, with Muslims from nearly 70 chapters located throughout the United States participating.

Because there are a staggering number of Americans who do not personally know a Muslim, AMYA sought to help people understand the true teachings of Islam. 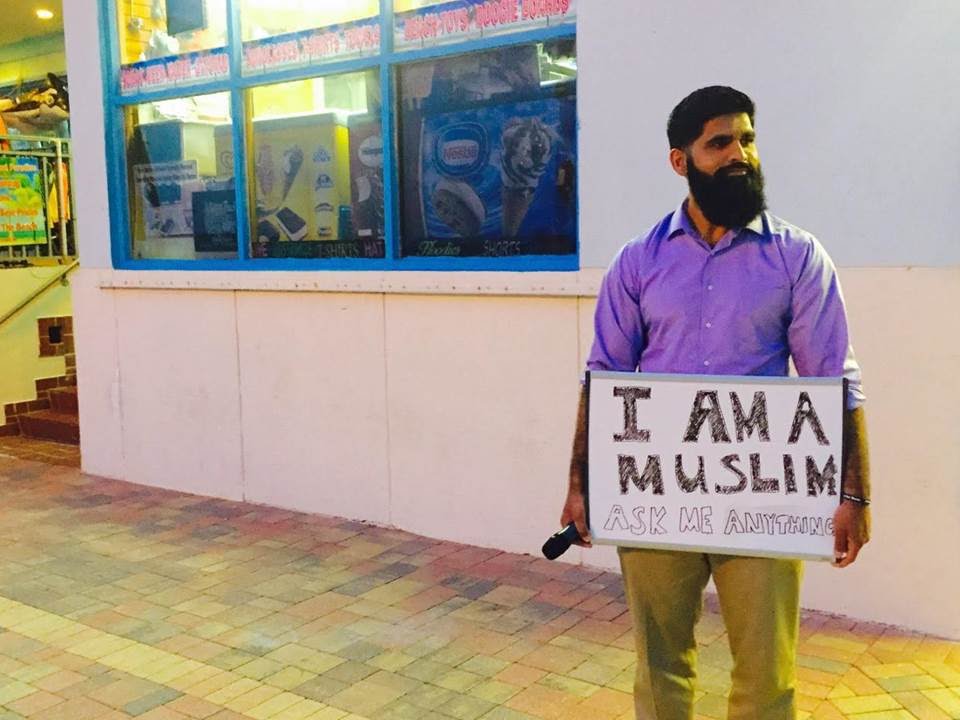 Our Connecticut Chapter held the event in Bushnell Park in Hartford. Throughout the day, many people passed by our sign that read: “I am a Muslim / Ask Me Anything.”

Incidents like these prove the power of love and unity — two Islamic principles that motivated hundreds of Muslims to hit the streets and thousands of Americans to embrace them.